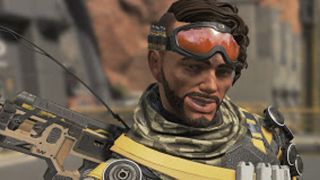 You'll have a limited time to test your skills as a solitary hunter when Apex Legends Solos mode starts next week. The game's official Twitter account announced that the Solos limited-time mode will come to the game as part of the Iron Crown Collection Event from Tuesday, August 13 to Tuesday, August 27. It's the arrival of a major fan-requested feature that's been in demand ever since the game launched, even if it won't last (for now).

The teaser trailer for the new Solos mode is heavy on "tease" and short on details, showing some of Apex Legends' standard three-person squads dropping down to one contender. That can happen in the game as-is right now, but usually it's because both of your teammates get mad when you pick their main. My first big question about Solos mode is whether you'll still have the standard 20 squads with one player each, or 60 individual players all dropping onto the map.

Next week, only one can reign. 👑The Iron Crown Collection Event featuring an all-new Solos limited time mode begins 8/13. pic.twitter.com/8tG4EhIqQfAugust 6, 2019

The 20-player option would probably be easier to get used to, though it would make the map feel empty with one-third as many starting players. Maybe start off with a circle already closing to make sure the players stay condensed? The second option would be much more chaotic, with fights immediately breaking out at even lightly populated locations. That would feel less "Apex-y" but it could be fun in its own way.

My second question is the same one I've wondered about since folks started clamoring for Solos: where does that leave support-focused characters like Lifeline? Her drone and supply drop abilities would be a lot less useful without teammates to get heals and feed her Ultimate Accelerants. However Respawn Entertainment decides to address that issue (if at all), this event will be a big learning opportunity for future implementations of Solos in Apex Legends.

See where Apex: Legends ranks in our list of the best free games.