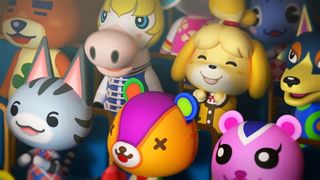 Nintendo is considering enabling players to back up save data for Animal Crossing: New Horizons at some point in the future.

The news was posted in an update on the official Japanese website for the game, which states the ability to back up saves may be added at some stage for those who have a Nintendo Switch Online subscription.

In a translation from VGC, Nintendo said that "while this game doesn't support the cloud save feature on Nintendo Switch Online, we are considering allowing this software to use the save data back-up feature for those who are Nintendo Switch Online members as a unique feature in case the software breaks, is lost, or stolen." So far no date or time frame has been given for when this feature may be made available, but Nintendo says it will make an announcement when more is known.

This news comes just after a supposed box art leak from the German edition of the game appears to suggest that save data will not be transferable across Switch consoles. So those who have a Switch and Switch Lite, for example, won't be able to transfer the save across both consoles. Each copy of the game is said to also only support one island save file, so you won't be able to have multiple islands on the go.

Given that Animal Crossing: New Horizons is the kind of game I could easily imagine myself sinking many, many hours into, it's reassuring to hear that we may get way to back-up save data at some point down the line.