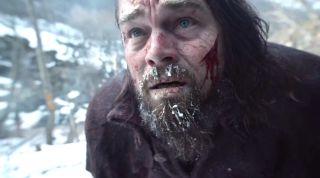 For every saccharine-sweet animated extravaganza out there, there's a dozen movies that deal with the most repulsive sides of human nature. Each movie on this list is, without a doubt, an important thing to watch. But that doesn't stop them from being downright difficult to sit through. When you're in the right mood to watch a movie where every fibre of your being is telling you that the images on screen are just plain wrong, this list might help you to find one. Just have a copy of the happy-clappy Frozen on hand for when it's over.

What is it? For students of cinema, D. W. Griffith's controversial American Civil War epic is almost impossible to ignore, but has been accused of being the ‘most racist movie ever made’. Brilliant but harrowing, this silent black and white movie traces the tale of two families during the American Civil War and Reconstruction period – proving a harrowing watch for all but the most dedicated modern audiences.

Why you'll only watch it once: "It is like writing history with Lightning. And my only regret is that it is all so terribly true," President Woodrow Wilson is alleged to have said after a White House screening.

What is it? Trevor is an insomniac. Becoming emaciated due to his lack of sleep, his appearance alienates those around him and he begins to see someone called Ivan. A set of odd events set him into a state of paranoia, where he believes Ivan is trying to drive him insane. His slow descent into intense mania leads makes it difficult to tell what’s real and what’s taking place in Trevor’s mind.

Why you'll only watch it once: Trevor’s intensity is disturbing, and seeing him self-destruct in his quest to find out who Ivan is proves how tunnel vision can undermine every aspect of your life.

What is it? Gus Van Sant's film began life as a TV documentary about the Columbine High School massacre, relaying a fictional account of two bullied teenagers Alex and Eric, who turn on their school. Elephant blankly retreads the events leading up to the devastating school shooting they orchestrate. The unrepentant nature of the teens is intensely uncomfortable, especially as their disposition doesn’t alter radically as they carry out the massacre.

Why you'll only watch it once: Seeing that fuse slowly burn and knowing what it leads to is a horrendous exercise in resolve, made all the more disturbing by its real life echoes and the movie's detached, un-editorialised, style.

What is it? Cousins Jude and Sue reunite with each other after their unsuccessful marriages, but are unable to find happiness. Abandoning their spouses, their attempt at family life is brought to a halt when the community shuns them due to their children being born out of wedlock. Leading to some catastrophically bleak events, it’s uncertain whether their love can triumph over so much hardship.

Why you'll only watch it once: Watching the two lovers fail to make the life they want together is bad enough, but when you add on the damaging prejudice of the community and the impact it has on their wellbeing, it just becomes depressing.

What is it? Two brothers who embrace the neo-nazi movement are at the forefront of American History X. After one goes to prison and changes for the better, he tries to redeem his brother. But his brother doesn’t want to change.

Why you'll only watch it once: The shocking brutality of the hate shown in the curb-stomping scene lingers oppressively throughout the entire film.

What is it? A supernatural horror film whose main villain isn’t the monster, but how far the townsfolk will go to survive. They end up far from any notion of humanity as paranoia - or just prejudice and hate - get the better of them.

Why you'll only watch it once: So many people die because of the selfishness of others, and you won’t want to rewatch someone who’s scared out of their wits goading others to murder.

What is it? After a religious woman’s husband gets immobilised at work, she believes it’s due to her sinful sexual desires. In an effort to redeem him in God’s eyes (and at his own request), she begins to sleep with other men, pushing herself deeper and deeper into physical danger.

Why you'll only watch it once: Disturbing, violent, and depraved, words don’t do justice to the sickening scenes in Breaking the Waves, nor the flawed conviction forcing the characters onwards.

What is it? Although it’s set in a space station Solaris is a drama rooted in psychology. It explores how difficult it is to know how to react to the sophisticated ‘replicas’ of your deceased loved ones that have begun appearing.

Why you'll only watch it once: Witnessing characters question whether they should embrace the fact that a loved one is back from the dead will make you wrestle with the ideas of forgiveness and repentance.

What is it? Glass, after being incapacitated by a bear attack, witnesses one of the trappers he's escorting across the wilderness kill his son. Left for dead in the forest, Glass treks across the landscape to find the man who killed his son. Witnessing abominable crimes against Native Americans, it's an arduous viewing experience.

Why you'll only watch it once: It's exhausting. As DiCaprio treks through the snowy wastes you can practically feel his broken body, and seeing the abuse of a Native American girl is vomit-inducing.

What is it? After his wife starts exhibiting unusual behaviour, construction worker husband Nick has her committed to an institution. While she’s undergoing treatment, he struggles to take on her role of housewife and mother to their three children and when she finally returns it becomes clear very quickly that she remains emotionally and mentally unable to pick up the thread of her life.

Why you'll only watch it once: Gena Rowlands’ performance as the troubled Mabel Longhetti quite rightly won her an Oscar nomination but it so disturbing you’ll struggle to watch it more than once.