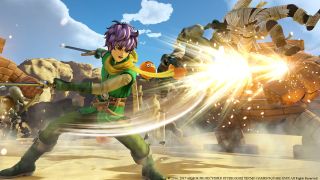 If you just picked up a Nintendo Switch, you're probably realizing that the North American and European eShops are a bit lacking compared to the Japanese eShop. You've probably heard that the Nintendo Switch is region free, meaning that, unlike the 3DS, cartridges from any region of the world will work on your system. But if you don't want to worry about import price hikes and exorbitant shipping costs, you can subvert this even further by accessing the Japanese eShop on your Switch. The best part? It's shockingly easy to do it.

First, you want to go to accounts.nintendo.com and create a new account with a different email from your default account. Set your country/region of residence to Japan, and create your account like you would normally.

Next, create a new profile on your Switch, and link your new Nintendo Account to this profile (you can access this option during profile setup or in the System Settings menu, under Users). You'll get an email with a four digit number in the account you used to sign up on Nintendo's website - put that code into your Switch, and you're set.

Now, log into the eShop using your specially created Japanese profile and your password. Bingo bango bongo: you're in.

A couple things to note. The Japanese eShop is, not surprisingly, entirely in Japanese, but it's laid out exactly like the North American and European eShops. All prices are in yen, but certain foreign credit cards will actually work perfectly fine (you'll have to try yours out to see if your credit card provider allows it), though you may have to pay a currency conversion fee. You can also purchase Japanese eShop cards from certain retailers, though that also comes with its own unique quibbles. Also, games you purchase with your Japanese account can be played with any account, with the exception of DLC, which is only accessible by the Japanese account.

All that said, once you're logged in, you'll find quite a few games that aren't available in America or Europe yet. Many of them even offer English language options, including the upcoming Disgaea 5, Blaster Master Zero, and the various Arcade Archives offerings (the latter of which are already out in Europe but haven't hit North America yet). You'll also find Japanese-language demos for Puyo Puyo Tetris and Dragon Quest Warriors 1 & 2.

It was sad to see Nintendo go back to region-locking handhelds after the DS, but with the Nintendo Switch, the publisher has opened up the floodgates - meaning more games for us.