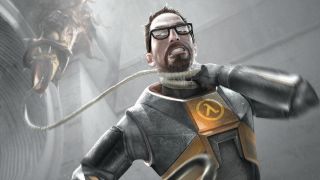 Every day's a school day on Xbox One, and it's never too late to pick up some new tricks. We've been doing it the hard way, but here's your opportunity to benefit from years of experience – learn from our mistakes as we present our definitive list of dos and don'ts in Xbox games.

Look, we get it, you don’t want to leave anything behind ‘just in case,’ in Fallout 4, but just because you can pick something up it doesn’t mean you should. It’s even worse in the latest game compared to previous entries as you can actually craft the junk you find into scrap for your settlements, so most things do have some use. But it also means you waste so much more of your time as you weigh up the pros and cons of picking up yet another tin can and then spend hours sorting through your inventory instead of, you know, actually getting on with completing some quests and getting a few good guns.

Knowing how to punch and kick is easy, just aim your limbs forcefully and you’ll be fine. But no matter how aggressive you are in Tekken 7 there’s always someone out there who will completely school you by knowing how not to punch. The ability to pull off uppercuts and throws flawlessly is one thing, but it’s no good to anyone if you can’t stop them happening to you. To do this, skip the combo training and instead go straight for the basics: learning to block every incoming blow so you don’t get hit in the face over and over again. If you can master that, you’ll stop losing fights like we do.

So you’ve just been dropped off with your fellow Spartans in Halo and you’re ready to have fun and party, then you’re presented with a choice. Clamber into the bouncy fun-bus that is a Warthog, or go for the two-man ride that doesn’t even have a mounted gun on the back. If you ever find yourself in this position always go for the Warthog, even if you don’t get the gunner’s position. Taking the smaller and faster Mongoose is just never worth it, you’ll just end up out in front looking like a bit of a useless pillock – especially if you don’t have a friend with a rocket launcher – while your friends tear through bad guys heroically.

‘Let’s split up and search for clues,’ seems like such a good idea – you can cover more ground at a much faster rate and be more efficient... but it never works out like that in Left 4 Dead, does it? You might think that there are only a few zombies around and you’ll be able to clear them out faster... but that’s the game lulling you into a false sense of security before unleashing something truly nasty.

We know you love loot, we all do, but it’s worth reminding yourself that there’s always a catch. You might find yourself with a sweet new pair of greaves, but Dark Souls 3's designers are also very fond of mimics – the big-mouthed bastards who like to pretend that their coffer’s full of gold to lure you in. The mimic model is slightly different to a real chest, but even if you’re on a lucky streak, always swipe at the treasure and dodge-roll away.

5. Always place a manual save – EVERY GAME

Some truths in life are universal. For example: touching hot metal will lead to burns, and if you forget your umbrella it will rain. This is also true for games, and one truth carries across all things no matter the genre you’re playing: you can never trust autosave. It might be handy when you need to quickly reload a level for a second attempt, but it also deceives. Having a save just before a tricky bit in a game doesn’t help you if you need to go further back to grind a bit, or if it’s autosaved a while after you made a bad decision that you now can’t reverse.

4. Get nervous if you see extra health packs – EVERY GAME

We don’t think there’s ever been a game in which this isn’t true and, like all good lessons, if you haven’t noticed by the third time it happens then you need to get out of the classroom. The stash of potions or health kits you inexplicably find when things quieten down is a staple of game design and it’s also a warning – you’ve got a boss fight ahead. If you see an increase in healing items it’s time to stop, maybe have a little bathroom break, sort out your inventory so those health items are easily reachable and then prepare yourself for a fight.

It all started out innocently enough, shooting at bad guys in Half-Life 2, but before we knew it we were being drawn towards the ceiling, levitating towards the maw of a murderous meat-sack made of teeth. The second time we managed to break free, only to be ensnared by another. There was no third time – from then on we scoped out the ceiling of every room, and continue to do so in every FPS we play.

Minecraft's world of blocks grants you the freedom to do anything you want, be that exploring caves or building temples dedicated to the wonders of My Little Pony. But there is one thing you can do that’s just never worth it – digging straight down. It might be a quick way to get down to where all the good materials are – iron and diamonds etc – but it’s also a shortcut to death-by-lava and to losing all of your gear. On the off-chance that you do safely drop down into a cave of wonders, it’s then incredibly difficult to get back out again. You might have found a good haul of Obsidian, but it’s of no use to you if you slowly starve to death because you can’t find your way out and run out of pork steaks to eat.

We used to be adventurers like you, until we got caught fondling a slice of stilton on a shop-owner’s nightstand. It couldn’t be helped, it was just resting there, looking all delicious and ripe from being left out all day in the warm air. There was a seductively sweet pong emanating from its rich blue veins, and we couldn’t help but reach out and caress its salty surface before stuffing it into our pockets. Then, from over our shoulder: “You have committed crimes against Skyrim and her people. What say you in your defence?” The guards had spotted us and we ended up with jail time. There are ways out of course – you can bribe the guard or try to break out of prison, but it’s all such a hassle to deal with that it’s just not worth the pain. Ignore those slabs of creamy goodness and go eat some butterflies instead.