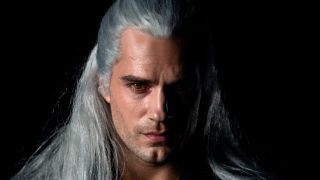 Despite fake (but undeniably funny) reports that Henry Cavill is getting too into Geralt’s character and keeps taking other acting side quests, The Witcher Netflix series is still happening and is due to arrive on our screens in Q4 2019. With the information coming straight from an investor call, it means that soon enough we’ll be able to settle once and for all whether Henry Cavill makes a good Geralt. Footage of him as the White Wolf emerged last year and the response was… divided. Our poll showed that most of us are reserving our judgement until we see a fully-fledged Geralt rather than a bit of test footage though, which gives me some faith in humanity.

Q4 2019 specifically refers to the last three months of this year, so we can expect to see Geralt on our TV screens sometime between October – December. All that’s left now is for Cavill and showrunner Lauren Schmidt Hissrich, of Netflix’s Daredevil fame,  to astonish us with a Witcher TV series that can match up to the high expectations held by…  pretty much everyone, actually. What we really need is a trailer for the series, but don’t expect that to appear until a month(ish) before the air date.

That trailer will probably be our first glimpse of anything substantial story-wise, as details remain scarce about the series. They’ve already confirmed that the show is going to follow Andrzej Sapkowski’s books rather than CD Projekt Red’s games. In fact, we already have the official description for the series from Netflix  and, unsurprisingly, it's pretty vague: "The Witcher Geralt, a mutated monster hunter, struggles to find his place in world where people often prove more wicked than beasts”. Still, it's better than nothing, and so now all that’s left for us to do is wait…

If you want more Witcher goodness, here’s the best RPG games you can play right now, or look below to see what’s happening this week in the world of games, tv, and movies!