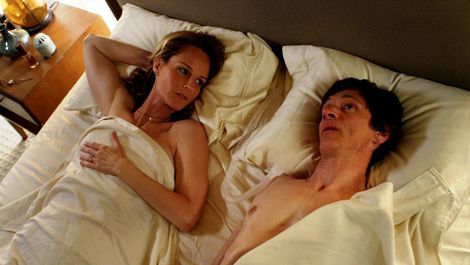 As far as Hollywood is concerned, the true story of Mark O’Brien, poet, journalist and quadriplegic began in 1997 when Jessica Yu’s documentary Breathing Lessons: The Life And Work Of Mark O’Brien won the short documentary prize at the 69th Academy Awards. And though the real O’Brien sadly died in 1999, the fictional man lives on in this new feature film.

The Sessions manages to avoid becoming an example what Yu once dismissed as “courageous cripple stories” by concentrating on what is, for some, the most troubling part of O’Brien’s story: his sex life.

Set in Berkley, California, the late ’80s - a period when, despite long periods of confinement in an iron lung, O’Brien’s health allowed him some mobility - it follows his attempts to explore his sexuality, with the aid of a “sex surrogate”.

As is noted in the film, O’Brien’s own mind was the site of much of his richest experiences, making this one instance in which the heavy use of a voiceover (one of the most over-used devices in modern cinema) is justified.

John Hawkes, who was so memorably menacing as Teardrop in Winter’s Bone , plays O’Brien as an intelligent, likable man with a slightly dorky sense of humour. If you don’t find his gags about moving furniture funny though, that’s tough.

As with The Fighter , which demonstrated in closing credits archive footage that the real-life Dicky Eklund was just as flamboyant as Christian Bale’s version, any perceived faults in Hawke’s performance are likely the subject’s own. That’s as it should be.

If this were one of those “courageous cripple stories”, not only would all of O’Brien’s rough edges have been smoothed over in pursuit of saintliness, but the lead would be the only obvious Oscar bait. In fact, terrific though Hawkes is, he’s flanked on either side by two equally impressive performers.

The Sessions is not as visually rich as The Diving Bell And The Butterfly , or as steamy as this year’s Rust And Bone , but it earns a place in the (happily) growing ranks of disability drama by never once patronising its protagonist.