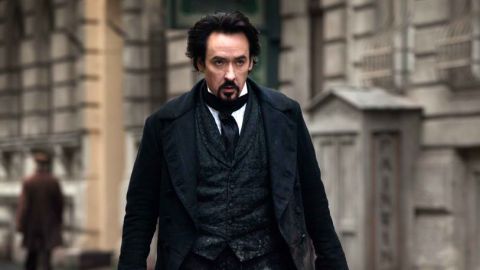 No one really knows how Edgar Allan Poe spent his final days. But we’re pretty sure it wasn’t hunting for a serial killer copycatting his stories, as suggested in James McTeigue’s flashy hodge-podge of biopic, mystery and gorno.

“I feel I’ve gone from author to character in one of my tales!” sighs John Cusack’s Poe as he and detective Luke Evans race between crime scenes redolent of The Pit And The Pendulum , The Murders In The Rue Morgu e and others.

The result, alas, is as implausible as the stars’ gleaming choppers. Who knew they had such great dentistry in 1840s Baltimore?