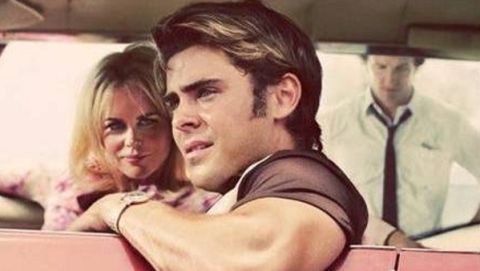 Lee Daniels’ latest was roundly castigated when it debuted in competition at Cannes last year - critics, no doubt, expected something more sombre after the celebrated Precious .

Yet this trashy noir is not the one-star piece of merde many would have you believe.

Based on Pete Dexter’s novel set in the late ’60s, it follows Miami Times reporter Ward Jansen (Matthew McConaughey) as he returns to his Florida hometown to dig into the dubious conviction of Death Row inmate Hillary Van Wetter (John Cusack).

The ace in Jansen’s pack, though, is blowsy blonde Charlotte (Nicole Kidman). She’s newly engaged to Van Wetter and her prison visits allow the boys access to their subject.

For so long classy and glacial, Kidman here steals the show oozing sex and instability, at once funny and poignant as she pulls up her skirt for Van Wetter’s bulging appraisal or urinates on Jack when he’s stung by a jellyfish.

Yes, The Paperboy is that nutty/smutty, tottering along an art-trash tightrope as it juggles techniques, tones and themes (murder, desire, race).

Not all of it works: Macy Gray, playing a housemaid, delivers an imbecilic voiceover, and the sticky lethargy of it all brings wheeze to the sleaze.

The Paperboy is a throwback to the exploitation cinema of its period. As such, it’s grungy, tasteless and hard to take your eyes off.