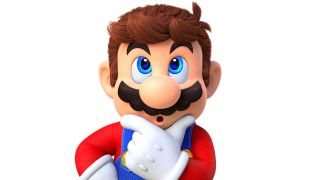 Recently there’s been a mountain of streamers who have been achieving frankly outstanding feats, from the guy who beat all the Soulsborne games without taking a single hit to the person who reached level 99 without leaving Kingdom Hearts 3’s first world, and now you should add streamer Rudeism to that list. He managed to beat the entirety of Super Mario 64 using just one button. One. Button. Look below to see him in action, as you really have to see this to believe it.

I have no words. The same streamer also beat Dark Souls using a frying pan according to the Reddit comments below his post, before other Redditors began to theorise how the button controls Mario’s movements. Turns out tapping the button for either a long or short period of time sends out a series of signals to mimic the buttons on a controller, and thankfully Rudeism was gracious enough to explain how the one-button system works:

“Movement is handled by 2-or-3 button sequences, and they're done in a way such that entering a new direction will overwrite the previous one, and repeating a direction will make Mario stop moving. Most inputs are single-button, e.g. A, or B, or Z, but out of necessity I had to make a few small macros, like making Mario spin - it'd be impossible to make him spin Bowser fast enough by using raw single inputs!”

So there you have it. Simple, really. If Rudeism’s achievement has awoken within you a need to play some Nintendo games, here’s the best Switch games you can play right now, or look below to see what’s going on this week in games!