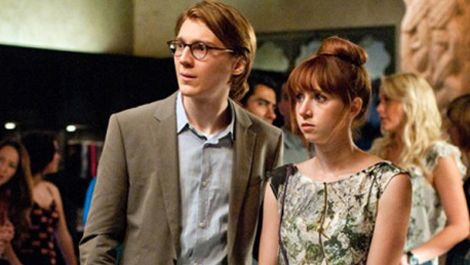 A mash-up of romantic fantasy, meta-fiction and magical realism, Ruby Sparks is proof that good things do come in small packages.

Ten years ago, when he was 19, his debut novel was embraced by all. But cursed with writer’s block ever since, Calvin is also hampered by a static love life – until his shrink (Elliott Gould) advises him to start writing about the mysterious girl that keeps re-appearing in his dreams.

Naming this outgoing red-head Ruby Sparks, Calvin then gets the shock of his life when he somehow wills her into existence.

Played with effervescent charm by Kazan, Ruby arrives completely unaware that she’s the product of her boyfriend’s imagination.

Even better/scarier, he can literally control her by returning to his battered old typewriter.

Before you think this is an indie rip-off of Click , with Dano stepping in for Adam Sandler and his life-controlling TV remote, the film develops in far more challenging directions.

Rest assured, this is a romcom that doesn’t forget to bring the funny, whether it’s Ruby speaking fluent french without meaning to, or the sparks (ahem) that fly when Calvin takes his new love to meet his new age mother and her free-spirited artist lover (played with comic gusto by Annette Bening and Antonio Banderas respectively).

But in its smart fusion of Woody Allen and Charlie Kaufman, Kazan’s script also has compelling things to say about the oft-fraught relationship between creator and their subject.

Notably so in the final act, which delves into some boldly twisted new territory. it doesn’t entirely work – the casting of Steve Coogan as Calvin’s rich literary rival backfires, with the british comic’s dry wit unsuited for this sort of whimsy.

But largely Dayton and Faris get the measure of Kazan’s script just right.

As for the leads (who are dating in real life), Dano delights but it’s Kazan that sparkles.

She’s a Little Miss Sunshine if ever you saw one.