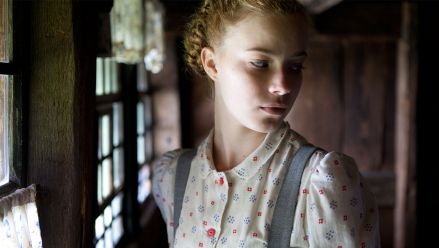 Germany 1945, and the Fuhrer's death has just been announced.

Following her SS officer father’s suicide and her mother’s imprisonment, the teenage Lore (Saskia Rosendhal) has to trek across a ravaged landscape in the company of her four younger siblings.

Imaginatively adapted by Australian director Cate Shortland ( Somersault ) from The Dark Room by Rachel Seiffert and built around Rosendhal’s outstanding performance, this oblique and understated tale of lost innocence conveys both an individual’s experiences and a powerful sense of a ruined nation.