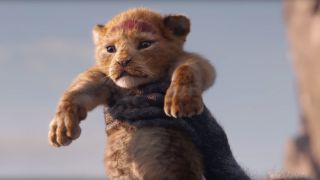 The Lion King remake had its world premiere last night and the first reactions are in. With the debate over the merits of CGI versus animation still raging, everyone’s asking whether it holds up to the 1994 classic, or is one of the hotly-anticipated new Disney movies one live-action remake too far? We’ve collected the best and brightest Lion King reactions for you down below so you can see for yourself before the movie’s release on July 19.

Note: the initial reactions posted after these screenings are often different from the critical consensus. Official reviews will be on the internet later this month - keep an eye on the GamesRadar website for TotalFilm’s review.

Return of the King

According to those who were present at the Lion King world premiere, Disney’s decision to return to the plains of Africa 25 (!) years later is a welcome one. You’ll be hit right in the nostalgia feels, that’s for sure.

Nostalgia hits HARD with #TheLionKing. It’s wonderful to see the story again on the big screen presented in a different way. The cast is amazing and to hear James Earl Jones as Mufasa again put a huge smile on my face. Oh yea, that stampede scene still gets me 😭 pic.twitter.com/99pZaHNdGYJuly 10, 2019

#TheLionKing has always been my favorite Disney animated movie and this new rendition is a beautiful reminder why. Happy to welcome back familiar chills, emotions and tears. In awe of the visual wizards behind this one. Timon & Pumbaa are everything. pic.twitter.com/IcWHgjHCuFJuly 10, 2019

Just saw #TheLionKing and it was absolutely breathtaking! The music, the visuals, the voice acting...whatever your feelings on Disney remakes, this one will blow you away. pic.twitter.com/Dk9MdZnKBeJuly 10, 2019

How are the visuals?

We can’t ignore the elephant in the room now, can we? Hollywood loves to suggest that new technology is always better, though many will disagree with that, especially when it comes to the Lion King remake. The early verdict is… pretty good, actually.

#TheLionKing is visually and audibly astounding! I’ve never seen anything like that on an animation level. It’s so beautiful. Seth Rogen and Billy Eichner really steal the show. Chiwetel Ejiofor is brilliant as Scar! It is so much fun. Great movie. pic.twitter.com/v62LHFIM7WJuly 10, 2019

#TheLionKing is visually immaculate & a game-changer for visual effects. It’s absolutely stunning in every way. The music shines (Glover & Beyoncé take it to another level), the performances are great (Timon, Pumbaa & Scar steal many scenes) & the emotions run HIGH. Truly great pic.twitter.com/lPH9Oo4ybbJuly 10, 2019

Holy smokes, I really loved THE LION KING. I think (I think) it’s the most beautiful effects movie I’ve seen. Like next level, the game has changed kind of thing. (For the record I’m agnostic on the original movie and have zero nostalgia for it. Anyway, this movie hooked me.)July 10, 2019

The Lion King is a wonderful adaptation of an iconic classic. It has a few small changes which enhance what was already great and everything else is right on point. The CG can be slightly distracting at times but the emotion quickly covers that. Loved it. pic.twitter.com/9QmsP3PmNhJuly 10, 2019

New stars of the show

With a star-studded cast featuring the likes of Beyonce and Donald Glover, it can be easy to overlook the comic relief. Thankfully, Seth Rogen and Billy Eichner as Timon and Pumba bring plenty of hyena-esque belly laughs.

Oh man #TheLionKing delivers. It’s a visual masterpiece that will leave you smiling and crying the whole time. It’s a true testament to the lasting effect Disney movies have on all generations. Timon and Pumbaa steal the show. And BEYONCE!!! #LionKingJuly 10, 2019

There’s enough new content to make it feel fresh (plus some genuinely hilarious new jokes from Rogen/Eichner — no one made me laugh harder) and they really nailed recreating the most iconic sequences. I found myself walking out immediately wanting to watch the original.July 10, 2019

2/ The cast is pretty wonderful all-around as well, with @billyeichner and @Sethrogen as hilarious standouts. If this weren’t a nearly beat-for-beat remake of the original, it would rank among the most impressive movies ever made.July 10, 2019

From the outside looking in

Not everyone has a ticket to the Lion King world premiere. For the vast majority of the audience, the next week is going to drag. Only a handful were in attendance - the rest had to vent their frustrations on Twitter.

me: when the first reactions from #TheLionKing is highly positive pic.twitter.com/vvb6goXRYzJuly 10, 2019

#TheLionKing first reactions like this have me HYPED! Can’t wait to see it. https://t.co/meWmFzOznIJuly 10, 2019

I love how most of the positive reactions to #TheLionKing are just praising the technical aspects to it.July 10, 2019

So all the early reactions are in for #TheLionKing can some just say how Can You Feel The Love Tonight is??? Please??!July 10, 2019

Keep track of what's to come in the week ahead with Release Radar, covering the best upcoming releases in games, movies, and TV.