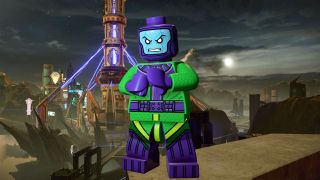 Lego Marvel Super Heroes 2 is here – and if you’re well on your way to toppling Kang the Conqueror, or are yet to fire up the game, there are plenty of tips and tricks to help you get an upper hand when fighting Marvel’s dastardliest villains.

Whether it’s your first Lego rodeo or you’ve been around the *ahem* block a few times, there’s bound to be something in this new entry that will have you scratching your head. Fear now, here are 12 things I wish I knew before playing Lego Marvel Super Heroes 2.

While it’s tempting to go off and mess about with the smorgasbord of superheroes at your fingertips, story missions will limit you to only four or five caped crusaders. Most are, more or less, semi-useful when it comes to combat. Iron Man can fire lasers, for instance, but maybe you’d prefer Rocket Racoon’s more rapid-fire blaster when it comes to a larger crowd of enemies.

All of these make a small, subtle difference to how quickly you’ll get through levels and – crucially – how much you die. Each death knocks a small (recoverable) amount of your stud total. For boss battles, make sure you’re in control of those with the best combos. Area of effect attacks, such as She-Hulk’s smash, can make short work of a boss in no time at all.

2. Brush up on your obscure Marvel characters

If you’ve picked up a copy of Lego Marvel 2, chances are you’ve probably heard of Spidey, Captain America and Star-Lord. This entry in the series, though, takes a left turn and delves deep into the storied history of Marvel and plucks out some lesser-known heroes. If you don’t know your Kid Colts from your White Tigers, then best get Googling.

It's also a gateway into getting fans and non-fans alike into different stories. Hey, if you’re suddenly picking up a different comic book because of this game then job done.

As much as you’d like to go over each level brick by painstaking brick with a fine toothcomb, sometimes it’s best to take the nuclear option. Do as the Hulk would do: smash. You’ll be surprised just how many times a solution will present itself by a smack of the fists. It’s the best way to get those sweet, sweet studs too. Win win.

4. Don’t try and do everything on your first go

Simply put, it’s impossible. Story missions will need a second or third run through to collect every hidden canister, Gold Brick, and Stan Lee Cameo. Annoyingly, the game doesn’t keep track of what heroes need to be used for each puzzle, but the quick switch mechanic is handy enough to get to grips with. To be safe, Iron Man is a solid choice, as most of the levels require his laser beam at some point to unlock hidden areas.

Triangle/Y still switches your character but – when a blueish tint hovers above your head – get ready to mash the button like it’s 2099. That activates an extremely powerful (and cool-looking) double attack. Mix and match for some hilarious results: Medusa being spun round by her husband; Rocket and Iron Man doubling up on the firepower and much, much more.

If you’re not familiar with Gwenpool, think Deadpool but with more pink than red. She’s also your handiest companion in the game. Her room in the Avengers Mansion is home to not only a handful of fantastic Easter eggs (and meta commentary on tutorial missions, natch), but also the place to cash in on cheats, as well as stud multipliers. Check back every so often so make sure you’re not missing out on a little extra goodie or two.

7. …and to The Grandmaster

No, Jeff Goldblum isn’t in Lego Marvel 2. We’re just not that lucky. There is, however, a fairly fun set of multiplayer minigames to while away the hours where you’re not zooming around Chronopolis. The Grandmaster’s Battletorium (found in the lower levels of the Avengers

Mansion for some reason) plays host to a competitive face-off between heroes and villains alike. Can Groot really beat up Kingpin? Now you can find out. The Infinity Stone Battle Arena is the best of the two modes, with the four-player multiplayer action being just as madcap as The Grandmaster himself.

99% of the time, you’ll have a flying character lumped in with you during story missions. They’re not just there to show off the new, more vertical levels. Always take a look around each area with flying characters first. You’ll be able to find hidden studs, solve puzzles ahead of time and, generally, just find your way out quicker. Plus, it feels cool as hell to glide around above the head of the mere mortals down below.

Don’t always pay attention to those little blue dots that supposedly guide the way. They often take the longer, ground-based route and, if you’re looking for a particular objective or item, will be no help whatsoever. The best solution? Open up the vehicle grid, get in the Quinjet and fly to your next destination.

While the game – rightly or wrongly – wants you to play the story missions first, there’s a large helping of side missions and other content lying just out of sight. To give you an idea of what you’re (probably) missing out on, check the challenges tab on the pause menu. One thing will definitely catch your eye: there are 11 bosses roaming the streets of Chronopolis waiting to be taken down. Has your favourite villain not shown up in the main story? He’s probably running amok elsewhere.

Yes, selfies are in the game. With a click of the L1/LB button, Ms. Marvel is able to bring up her front-facing camera – complete with half-dozen or so of filters – and take snapshots as she fangirls over her favourite superheroes. The best bit? You can replace the billboards adorned with Kang’s propaganda with your favourite photos. Say cheese!

I’ve already mentioned that there’s a considerable amount to do away from the main narrative. The trouble is, you might not be able to find them quite so easily. That’s where map points come in. There are 18 of these bad boys spread out across Chronopolis. Once you activate each one, they essentially work as Ubi-Towers, spewing out information about nearby objectives and secondary missions, plus ongoing crimes. Who needs Google Maps, right?