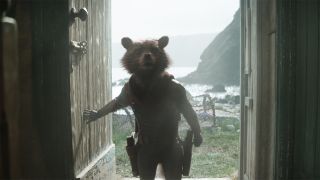 A few lucky, lucky people got to attend the Avengers: Endgame world premiere last night. I know, I know. I’m jealous too. But, in the absence of being able to watch the three-hour epic early, we’ve got the next best thing: The hurried, crazed reactions of those who have already watched Avengers: Endgame. Don’t worry, there’s no spoilers here but if you want to go in completely blind then it’s probably best to back out now.

Avengers: Endgame has the unenviable task of spinning a whole lot of super-powered plates. There’s the whole Thanos snap thing to deal with, the introduction of new heroes such as Captain Marvel, and even the possibility that we’ll have to say goodbye to one or two of Earth’s Mightiest Heroes. According to the first reactions as the credits rolled, it more than managed to pull off the impossible and deliver a suitably epic conclusion to a ten-year tale.

This can't be understated: #AvengersEndgame is everything you want it to be and more. I am absolutely floored. A perfect reflection on the last 11 years that pays off everything in the best way possible. Without question my new favorite Marvel Cinematic Universe film. Stunned. pic.twitter.com/5LvFw9UEBQApril 23, 2019

Just came out of the #AvengersEndgame premiere!! I’m at a lost for words!! I witnessed cinematic history. I’ve never cried, laughed & cheered so hard at a movie ever. Y’all are in for a heck of a ride!! This movie will forever change the MCU & how cinematic universes are seen!!April 23, 2019

Wow. #AvengersEndgame is staggering. It’s surprising in ways I never saw coming and satisfying in ways I didn’t realize I needed. It’s kind of the ultimate gift to fans of the MCU. It’s very long and has a few hiccups, but is everything you’re hoping for and more. pic.twitter.com/RO97kw9fs5April 23, 2019

Don't know how any @MarvelStudios fan walks out of #AvengersEndgame disappointed. Movie is loaded with incredible set pieces and tons of small character moments that leave you wanting more. An epic conclusion to 10 years of Marvel movies. Thank you to everyone that worked on MCU. pic.twitter.com/HbXkwuYL5yApril 23, 2019

In case you weren’t sure already, we’re definitely going to be shedding a few tears come Friday (or Thursday if you live across the pond in the UK). If that’s the case, you know what that means: Going on a social media blackout and avoiding Avengers: Endgame spoilers. As a parting gift, here’s a sneak peek into the emotional rollercoaster some went through on the night.

Imagine the best possible version of #AvengersEndgame and somehow the film still surpasses all expectations. I cried 5-6 times. It’s the most emotional, most epic, MCU film. A tribute to ten years of this universe and holy shit the great fan service in this movie. Soooo good.April 23, 2019

All I’m going to say about @Avengers #EndGame is that I am an emotional wreck and can’t stop cryingApril 23, 2019

Admit it. You were a little worried Avengers: Endgame wouldn’t live up to expectations, weren’t you? But don’t worry: the general consensus if we have nothing to fear and we’re going to enjoy this just as much, if not more than Avengers: Infinity War. Oh, snap.

Just watched Avengers: Endgame. I don’t believe hyperbole is possible for this movie. It is the ultimate Marvel movie in every way possible and words cannot describe how epic it is. And yes, Hawkeye is a rockstar.April 23, 2019

So I just saw #AvengersEndgame, and you guys aren’t ready for shiiiiit. All the theorizing didn’t prepare you for this. I cried a lot, I flung my hands in the air and screamed out loud. It’s incredible. #EndgamePremiereLA #Avengers #EndgameApril 23, 2019

The scope of Avengers: Endgame is impossible to put into words. What Fiege & MCU achieved over last 10-years has lead to this gloriously masterful moment in cinema & it’s truly mind-blowing how beautifully paced this storytelling is. Perfectly balanced. As all things should be.April 23, 2019