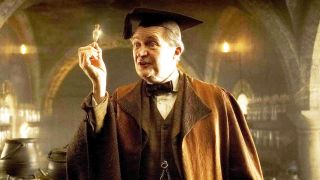 Game of Thrones isn't a weekly sitcom with guest characters and celebrity appearances, but it does get the occasional high-profile star for a handful of episodes or a season. And the first such cast member for Game of Thrones season 7 will be Oscar winner Jim Broadbent.

Entertainment Weekly reports that Broadbent has just been signed for the second-to-last season of the hit HBO show, though who he'll be playing remains a mystery with his tole merely being described in one word: "significant".

He has a penchant for playing men who seem harmless, but hide a dark side, like Boss Tweed in Gangs of New York, Harold Zidler in Moulin Rouge, and Frank Butterman in Hot Fuzz. Maybe his role here will be similar?

Game of Thrones season 7 will debut in summer 2017. We'll expect to see you, Mr. Broadbent, and the rest of the faces we've come to love, at the premiere.