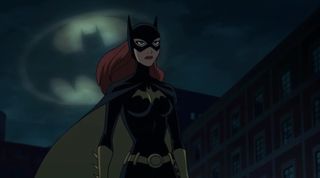 Aside from perhaps Star Wars, the biggest movies being made in Hollywood right now are those of a superhero nature, and the directors signing on to call the shots on these projects are growing increasingly eclectic. The latest to express interest in making a comic book movie is no less than indie-favourite Nicolas Winding Refn, and his heroine of choice is a little surprising.

"What ones are left? You know the one I want to do? I want to make Batgirl. Let's get Warner working on it", Refn told Business Insider. "I just don’t know when it’s going to happen. I very much enjoy my freedom creatively, but I also would love to make one of those big Hollywood films that costs a lot of money and has a lot of people running around with cell phones and all that insanity".

This isn't the first time Refn has expressed interest in calling the shots on a superhero movie; Back in 2011 the director stated that he'd love to direct a Wonder Woman movie, and although that never came to pass the character finally made her cinematic debut this year. While we've already gotten a live action version of Batgirl, unfortunately it came in a film many Bat-fans would rather forget.

As interesting as it might be to see what a Refn-directed DC movie may look like, the chances of a solo Batgirl movie coming to fruition are very unlikely. With that said, I can definitely see the character popping up in Harley Quinn's all girl spin-off movie that is reportedly in the works at Warner Bros. In the meantime, those looking for their Batgirl fix may get it with the animated version of Batman: The Killing Joke, which is coming to DVD and Blu-Ray next month.