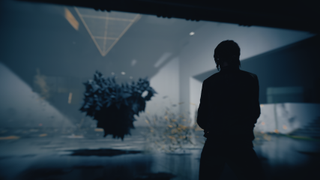 While the first Control DLC was announced shortly after the game came out last year, there's still no sign of it in-game. It means that players who have reached the end of Jesse Faden's journey in The Oldest House are still awaiting a reason to return to Control, but hopefully this guide to everything we know about the Control DLC will shed some light on Jesse's future as The Director of the FBC.

So far, we've only had some minor Control DLC, and not the two major expansions that have been promised. Late last year saw the release of Photo Mode – a much-requested feature thanks to just how beautiful the game is – and Expeditions, which are high-difficulty challenges you can take on after beating the main narrative.

As for the two upcoming main expansions, the first one is called The Foundation and due to release on March 26. "The Foundation will delve into the history of the Oldest House," reads the official Control blog post. "At the request of the ever-mysterious Board, Jesse must explore what lies beneath the Bureau as she returns order to the Foundation and the Oldest House itself. Expect things to get weird." Things in Control were already pretty weird, if we're honest...

The second expansion is called AWE and there's no confirmed release date other than "mid 2020". It'll take Jesse into a new section of The Oldest House called the Investigations Sector, where the Bureau "closely examines Altered World Events". So we've narrowed down what AWE stands for, but how about this...

One huge point of speculation surrounding the upcoming AWE expansion is that it might also stand for Alan Wake Expansion, one of Remedy's biggest titles. Perhaps the biggest tell that it features Alan Wake is the fact that the artwork for the AWE expansion features the same background image as the Alan Wake box art. Whether that's Jesse pictured or Alan Wake himself is yet to be seen, but there's one other factor that connects the two.

Dr. Casper Darling – the eccentric doctor you regularly see on tapes during Control - is played by Matthew Porretta. Guess which other character Matthew Porretta plays? That's right; Alan Wake. He's the voice for Mr. Wake in both the self-titular game and Alan Wake's American Nightmare... could Dr. Darling in fact be Alan Wake in the future? That's... probably unlikely but there are Control Easter eggs for Alan Wake throughout the game that confirm the two exist in the same world.

You can pick up the Control season pass right now from the PlayStation store but unfortunately, Xbox One and PC players will have to wait. Since The Foundation is a timed exclusive for PS4 players, the Control season pass will only be available for purchase once The Foundation has launched on PS4. Fortunately, the AWE expansion will launch on all platforms simultaneously.