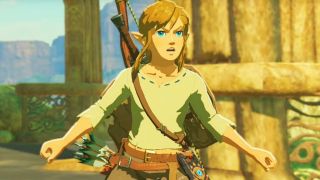 Bad news, Europeans: you might have to take a trip to North America or Japan if you want to play The Legend Zelda: Breath of the Wild on the Switch in March. Eurogamer have reported that it’s looking likely that the latest Legend of Zelda game won’t be ready in time for a European March release.

The reason for this? Well, that’s where it gets a little fuzzy. According to sources, the powers that be want the Nintendo Switch to have "the strongest possible line-up" upon release, so they’ve hit the gas when it comes to finishing Breath of the Wild for Japan and North America. That means the game could be ready to ship at the same time as the Switch, leaving those with the brand-new console in their hands with a (hopefully) breathtaking game to play.

Sounds like Nintendo’s European branch wanted as long as they could get to test the game and its localisation (i.e. recording all the dialogue in different languages) before releasing it, and might not have been told to work towards a March release. The exact reasons why there was this delay in letting Europe know gets a bit confused. While some anonymous sources say that Japan always wanted Breath of the Wild to launch in March, others report that the decision to let loose the game to hordes of fans in early 2017 was only decided at the end of 2016.

Don’t hold your breath (pun very much intended), as all of this is rumours at the moment. What it boils down to is that we have no idea when Breath of the Wild will be hitting European stores. Perhaps it’ll be released hand-in-hand with the Switch, perhaps not. Just to be on the safe side, maybe buy that airline ticket to North America or Japan if you’ve got a serious itch to play it.