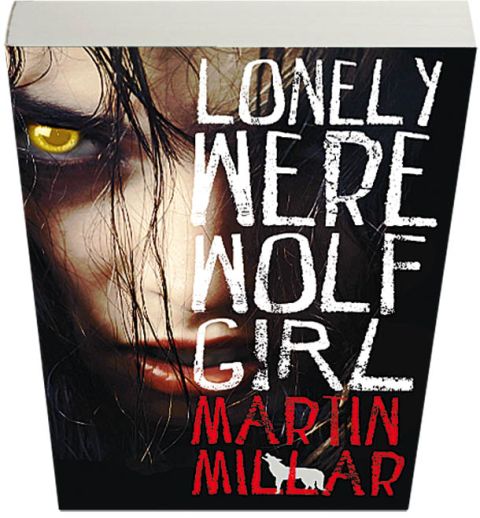 By Martin Millar. A black sheep in wolf’s clothing for Goths still pining for Buffy

If your idea of goth is The Mission and The Sisters Of Mercy rather than My Chemical Romance and Fall Out Boy then Lonely Werewolf Girl could be the answer to Twilight for you – albeit without the vampires.

A kind of Terry Pratchett or Tom Holt for fantasy-loving indie types, Martin Millar has garnered a reputation for combining chaotic mystical elements with grimy urban realism. In his new book, 17-year-old lycanthrope Kalyx MacRinnalch, the black sheep of Scotland’s leading werewolf clan, is on the run in London after fatally wounding her father, the Thane, in a fight over an affair. She almost perishes at the hands of her treacherous brother Sarapen, only to be rescued by two students: simpering Daniel and irritating new age hippie Moonglow. A lonely music obsessive with a love of Yes, Daniel bonds with Kaylx over her obsession with The Runaways .

Soon the trio are embroiled in the battle between Sarapen and his brother Markus to become the new Thane, which also involves a secret society of werewolf hunters.
The plot proceeds at a brisk pace, although sometimes the bite-sized length of chapters – most are only three to four pages long – becomes frustrating, as Millar only spends a fleeting time with one story thread before segueing elsewhere.

The sardonic, tongue-in-cheek atmosphere hinders any sense of menace. Rather than ferocious and scary, Kaylx’s fellow lupine beasties, like the Peaches and Pixie Geldof-esque twin party animals Beauty and Delicious, can instead seem cute and cuddly with their penchants for cross-dressing and rock ’n’ roll. Still, Lonely Werewolf Girl is a promising start, which prepares the ground nicely for next year’s sequel, Queen Vex . Stephen Jewell