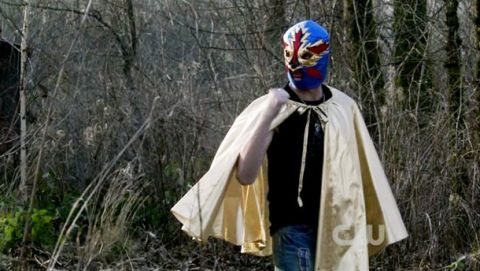 5.16 “Dark Side of the Moon”
Written by Andrew Dabb & Daniel Loflin
Directed by Jeff Woolnough

THE ONE WHERE Sam and Dean die and find themselves in Heaven(s).

VERDICT Sam and Dean traipsing around multiple versions of Heaven is a real treat of an episode with some great revelations and familiar faces (Ash and Pamela). But the most interesting part was seeing the different choices for heavens because it revealed a lot about their characters.

Whereas Dean chose versions of Heaven that included Sam or his mom, Sam’s ideal Heaven was one without his brother. Obviously their values are a bit different and Dean realising that Sam wants independence from him seemed to have really hurt his feelings; it was at the end of the episode that Dean drops the amulet that Sam had given him into the garbage. This action could mean that Dean has lost faith in his brother, but it also signifies that Castiel has lost his faith in God. Not only does God clearly not have any interest in helping prevent the apocalypse but now Dean and Castiel are suffering from ennui. It’s heartbreaking to see Castiel without his faith; he’s like a cute lost puppy who can never go home. A really, really cute puppy.

Kurt Fuller as Zachariah is doing a really good job at making me really dislike his character – what a brilliant performance! A highlight was watching Zachariah pervert the version of Dean’s Heaven of his mother into a very nightmarish one. After this episode Zachariah has become my favourite “big baddie” of the season because everything about his character makes me feel uncomfortable. He’s definitely not the angel I would want greeting me at the pearly gates.

The jumps between the different versions of Heaven wasn’t linear but it worked well because the show also follows a non-linear format at times. Thankfully it isn’t near as confusing as Lost ...

By the end of this episode it's very clear that the apocalypse is near, and God doesn’t give a fig. It’s really not looking very optimistic for the Winchester boys and the rest of humanity.

ADD IT TO YOUR iPOD Bob Dylan’s “Knockin’ On Heaven's Door” is the perfect song to pair with Dean’s ideal version of heaven: setting off fireworks with a much younger Sam.

DID YOU KNOW? Pink Floyd’s “Dark Side of the Moon” is one of the best-selling albums of all time with songs on the disc encompassing a theme about the human condition.

INTERESTING REVELATION Even though they don’t remember, Sam and Dean are told that they’ve been in Heaven before. What may be more interesting is that Sam is allowed into Heaven even after his addiction to demon blood. But how many times do these Winchester boys have to die before they can finally rest in peace?! I can’t help but sympathise.

BEST LINE Ash: “See, you got to stop thinking of Heaven as one place. It’s more like a buttload of places all crammed together. Like Disneyland. Except without all the anti-Semitism.”