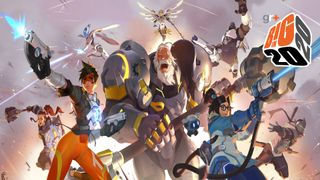 Overwatch 2 will redefine the video game sequel in 2020, offering us a brand-new, long-awaited story mode without leaving the original game behind in its wake, as many sequels tend to do. "This is exactly what we're hoping to change," Jeff Kaplan points out when discussing the series' unconventional take on a new title. Overwatch 2 is a hybrid of sorts, one that will allow both games to exist as one shared PvP experience, while keeping Overwatch 2's PvE mode and other new additions exclusive to the sequel. That means Blizzard's sequel will deliver a sought-after single-player mode that won't abandon players who are content with the original multiplayer content and game. Everybody wins!

More of a good thing

The sequel will build off of the seasonal events from Overwatch, the co-op driven Archive missions spotlighting pivotal moments throughout our heroes' history. In those missions, we chase down a devious financier, embark on a top-secret assignment as the Blackwatch strike force, and quell an uprising of Nell Sector, all while learning more about our favorite heroes' origins and relationships. Each one of these missions gives players the option to choose from four heroes that mesh well together in co-op play (often a healer, a tank, and two DPS). The balanced gameplay gives us a promising peek at how Overwatch 2's PvE mode will pan out. In the past, the Archive missions have received glittering praise from fans who enjoy the cooperative gameplay that has a clear endgame, prompting requests for more, more, more. Well, now we're getting a full game's worth of more.

"We're introducing full-featured PvE that will include a complete 'story experience' with a full set of story missions pushing the narrative of Overwatch forward through gameplay for the first time," Jeff Kaplan tells us, "We're also working on a highly replayable cooperative feature we call Hero Missions that will be powered by a progression system that will allow each hero to level up and gain new powers."

Blizzard gave us a cast of beloved characters in Overwatch, from the giggly and sweet Mei, to the confident and playful d.Va, to the boisterous and riotous Reinhardt. We've already grown attached to these heroes, discovering our own personality traits among them, and gravitating towards the ones that feel right not just in gameplay, but in lore. It's easy to love playing Mercy, because she seems genuinely kind. It's harder to justify playing Widowmaker, but you could certainly engage in a lively debate about the villain's personal goals.

As noted in our recent Overwatch 2 hands-on preview, the game is going to give us more of the stories behind these heroes, offering us the chance to get to know them even better. Maybe we'll hang out with Tracer's girlfriend, or watch Zenyatta teach Genji how to love his robot body. We're finally getting the chance to learn more about what drives these characters that we've been hanging out with since 2016.

But Overwatch 2 isn't forgetting the series' rock-solid core: it'll introduce new multiplayer features that will be added to the original title, as the two games will share a multiplayer environment. That means that the new maps and heroes dropping with the sequel will be available for those who still play the original game – including the new PvP game mode, Push.

All of the progress you've made in the original Overwatch, including all the skins, sprays, and gold guns you've unlocked, will carry over with you into Overwatch 2. As GamesRadar+ previously reported, Kaplan said in the game's Blizzcon 2019 announcement that "nothing gets left behind."

In a community that's often mired with microtransactions and bogged down with battlepasses, Blizzard's take on the video game sequel is a breath of fresh, free air. Sure, you'll have to pay for Overwatch 2, but even if you don't, you'll be able to enjoy some of its features in the original game at no added cost. And buying Overwatch 2 won't punish your purchase by making you start from scratch – you'll keep that Moira Blackwatch skin and her gold gauntlets.

It is as Jeff Kaplan explains, "Blizzard's vision for Overwatch has always been to create inspiring heroes, to embrace inclusivity, to reward teamwork, and to inspire our players towards a bright and hopeful future." Overwatch 2 looks to do just that.