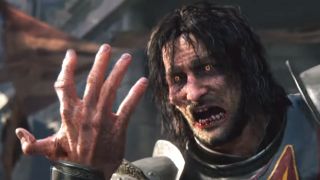 Larian Studios, the developers of Baldur's Gate 3, is teasing more news for the upcoming RPG, which marks the much anticipated next entry in the historic fantasy series.

In a new teaser trailer for the game on its official Twitter account, Larian promises that "there's been many developments since last you were in Baldur's Gate", with a February 27 date provided as the next day you need to circle in the calendar for big incoming news. Check it out below:

Larian has yet to provide an official release date, or even a vague launch window, for Baldur's Gate 3 since the game was first announced, so it's likely that such a reveal can be expected next month.

Additionally, the RPG has already been slated for PC, but with the launch of PS5 and Xbox Series X on the horizon, there's a chance that a next-gen console release isn't off the cards either, especially as a PlayStation Meeting is also expected to take place sometime in February too.

Baldur's Gate was originally revealed at E3 2019, confirmed as in the works from the studio behind the critically acclaimed Divinity: Original Sin series, which themselves represent love letters to the kind of RPGs that Baldur's Gate helped bring into mainstream popularity. Given the heritage of both the franchise, and the team working to bring it to a modern audience, February 27 can't come soon enough.

Find some modern classics to keep you going while you wait for Baldur's Gate 3 in our list of the best RPG games, or watch our latest episode of Dialogue Options below.