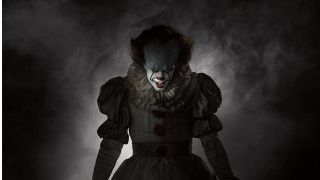 Stephen King’s 1986 horror novel It gave a generation of readers a bad case of coulrophobia; now a new movie version is doing the same.

Set in the small town of Derry, Maine in the late ‘80s, it sees seven outsider kids taking on a shapeshifting entity which appears in the form of (amongst other things) a sinister clown (Bill Skarsgård). Every 27 years It awakes from hibernation to abduct local children to feed on. Can this gang of teenage losers end its reign of terror?

Thanks to Warner Bros Home Entertainment we have three Blu-ray copies to give away. To put your name in the hat for the chance to win one, simply answer the question below.

IT is now available on digital download and will be releasing on 4K Ultra HD, Blu--Ray™, DVD, and Blu-ray™ steelbook from  January 15.