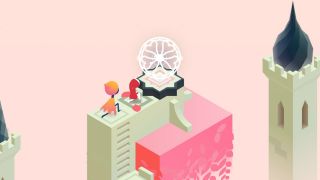 One of the most well known and well regarded mobile games of this generation is getting a third entry. Ustwo games confirmed that Monument Valley 3 is currently in development and they are looking for a new game director to take over the project.

Ustwo games tweeted the news earlier this week including that they already have two other projections in development. The job listing calls them "high profile" games.

"ANNOUNCEMENT: We're starting work on Monument Valley 3! But with two exciting games already in development, we're looking for a NEW Game Director to lead the creative vision. Could it be you? Job spec and application page are now online."

Monument Valley is a puzzle game about bending your perspective of a level in order to navigate a small character around the level. There's no indication that Monument Valley 3 will be any different, although we don't know how a new game director will affect the core mechanics. If anything, a fresh set of levels would hit the spot for burning through plenty of morning commutes.

The original Monument Valley launched in 2014 while Monument Valley 2 released three years later in 2017. We don't have a release date or widow for the third entry and it still a ways off by the looks of the job posting.

Looking for more info about what the original designer of Monument Valley has been up to? Check out our interview about Florence, a game about passion from Ken Wong.