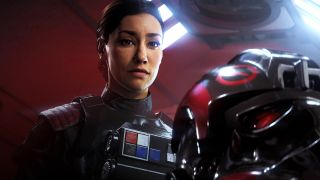 While fan furore has died down somewhat since November of last year, when Star Wars Battlefront 2's release kicked off a controversy surrounding the ethics and legality of loot boxes in video games, the publisher's reputation took a serious hit that won't just restore itself over time.

EA's new Chief Design Officer Patrick Söderlund, formerly the company's Head of Worldwide Studios, is very aware of this, and recently gave an interview with Verge explaining how he and his team intends to regain consumer trust in future games like Anthem and this year's upcoming Battlefield 5 sequel.

“We can shy away from it and pretend like it didn’t happen, or we can act responsibly and realize that we made some mistakes, and try to rectify those mistakes and learn from them.”

Microtransactions and loot boxes in video games - are they pure greed or a modern necessity?

The publisher has already attempted to make up for those mistakes in a number of ways. Firstly, Star Wars Battlefront 2's system of loot boxes and microtransactions has been completely overhauled since launch, ditching the inclusion of the former altogether to try and remove the competitive pay-to-win elements that players complained about last year.

Additionally, EA has just recently reshuffled its entire executive team in an effort to " sharpen focus on the [company's] creative core", though Andrew Wilson - who played a large part in the development of EA's monetization strategy in games - retains his position as CEO for now.

Söderlund also explained to Verge that EA's future output will be all the better for the loot box scandal, as the publisher seeks to learn from its errors and prioritise consumer friendly experiences over monetization.

“We have taken significant steps as a company to review and understand the mechanics around monetization, loot boxes, and other things in our games before they go to market,” he says. “For games that come next, for Battlefield or for Anthem, [players have] made it very clear that we can’t afford to make similar mistakes. And we won’t.”

It's unclear whether these upcoming titles will feature any microtransactions at all at this point, though Anthem's ambition as a 'games as service' experience suggests they won't be going away for good. If that's the case, EA needs to find a way of making them feel valuable and cost-effective, without diminishing the experience for players who aren't interested in purchasing anything more beyond the base game.

Curious for what else is on the horizon for this year and beyond? Check out our updated list of the best new games for 2018.