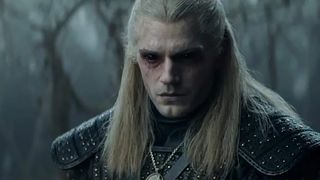 The first official details for The Witcher Netflix series’ animated movie tie-in have been revealed. Not only will it be a prequel, set “long before” season 1, but the synopsis indicates that Vesemir, not Geralt, will be the key player in Nightmare of the Wolf.

This is all thanks to a brief excerpt being discovered on the official product page for The Witcher: Nightmare of the Wolf.

It reads: “Long before mentoring Geralt, Vesemir begins his own journey as a witcher after the mysterious Deglan claims him through the Law of Surprise.”

There are two names there that might jump out at you: Vesemir and Deglan. Fans of the games will know Vesemir, the crotchety, yet hard-as-nails teacher of Geralt, himself a Witcher. Deglan, though has less of a basis in any of the source material. The nearest we can find is a "Declan" from the first Witcher game, a wealthy Nilfgaardian merchant who deals in secrets. In all likelihood, this is going to be an original character and one that will guide Vesemir on the journey to becoming a witcher.

What is slightly clearer, however, is where this all fits in The Witcher timeline. Namely, before anything in season 1 as everything in the batch of eight episodes took place long after Vesemir trained Geralt. Giving that sort of separation removes the need for everyone to do a Poochie and ask “Where’s Geralt?” every time he’s not on screen.

The character of Vesemir, meanwhile, is one that’s likely to be introduced in future live-action episodes – but potentially not in The Witcher season 2. Showrunner Lauren S. Hissrich told IGN, “we’re not casting the role quite yet,” when addressing fan speculation that Mark Hamill would play Vesemir. A voice actor hasn't yet been announced for the role.