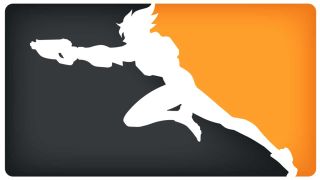 Blizzard's Overwatch League is a gamble. If it works, it could set a new standard in esports that other games will look to mimic. If it fails, then the eSport may be seen as too much of a risk for traditional sports investors, and many of Overwatch's detractors are waiting to say "I told you so".

Initially announced way back at Blizzcon 2016, the league has been hotly anticipated within the competitive Overwatch community, and by its numerous sponsors and investors. Blizzard is pushing the league hard, building a competition reminiscent of more traditional sporting franchises. They want this to be the NFL of esports.

The seven-month long competition will see 12 professional teams battling to win a share of the $3.5-million prize pool. Each match will also be streamed live from their Los Angeles location: The impressively high-tech Blizzard Arena. Seriously, just look at this screen:

It's official! Day 1 of the #OWL2018 Inaugural Season is SOLD OUT! You can still get tickets for the rest of the games at https://t.co/JUmTebz1Dq pic.twitter.com/ImVO4ydNFqJanuary 7, 2018

But unlike other established esports, Overwatch is still young. Compared to the big players such as LoL, DotA2 and CS:GO, the hero-shooter just doesn’t bring in the same number of viewers for its competitive streams. The Overwatch League is particularly ambitious then, as it looks to not only take on the esports market, but also to push it mainstream.

The push to go mainstream

As a regular Overwatch player, it’s been impossible to ignore the League recently. When logging on, I’m greeted with a bunch of heroes dressed in team colours – with the gorgeous green-and-black pairing of the Houston Outlaws being a personal favourite.

Bringing the League onto the menus of its 35-million strong player-base seems to be a power play from developers Blizzard. The Overwatch League is looking to popularise the eSport, and placing the League front and centre in-game is an attempt to bridge that gap between its die-hard competitive scene and the casual player at home. Log in to the game over the next month or so and they’ll even give you a free skin so that you can lock in your favourite team early on (Go Excelsior!).

The Overwatch League has also been built to expand the eSport’s appeal internationally, in part through team branding. Instead of establishing teams based on private franchises, they are city-based - much like in the NFL, or Premier League. A team with a name like London Spitfire is more likely to appeal to a casual viewer from the UK, than one called Cloud9.

Blizzard has sunk a large amount of money into the competition, and are attempting to offer stability not often seen outside of the largest of esports. This investment makes it unlikely for teams to quietly fizzle out - they're here to build for the future. Also, this set-up means that the teams and players are clearly supported - players earn a minimum wage of $50,000 per year, with the substantial prize-pool on top of that, a far cry from Overwatch’s previous eSport model of win-or-go-home-broke.

Importantly, this stability has enticed heavy investors into the league. Billionaires such as Robert Kraft (think New England Patriots and New England Revolution) and the Kroenke brothers (owners of Arsenal FC and the LA Rams) have both paid the reported $20-million buy-in to own an Overwatch team. This comes alongside investment from more established eSport companies too, such as Cloud9 and OpTic Gaming.

There is big money supporting the League, and it is gambling on success.

The Overwatch League is still a huge risk. Many complain that the game itself is hard to follow, and that the hero-FPS is just too chaotic for the casual player to keep up. There are also complaints that the meta-game is too stale, as many strategies are ignored in favour of a team built around Mercy. It’s for these reasons that the game hasn’t – and for some, will never – reach the viewership figures of LoL or DotA2.

Every year in recent memory has been heralded as a ‘landmark’ year for esports, but with the Overwatch League, 2018 may follow through in a significant way. The adoption of a more traditional sports model is a clear attempt to accelerate esports’ push into the mainstream, and the Overwatch League is the tip of the spear. When the play-offs come around later this year, the success - or failure – of the League could dictate much future investment into competitive gaming in general.

The Teams to Look out for:

The 12 teams taking part have brought together the best talent in competitive Overwatch. Unsure as to which team to support? Here’s my briefing on the top teams to watch:

Dynasty are, indisputably, the team to beat. Made up of ex-members from Lunatic-Hai, they have spent the last year virtually untouchable. In the run up to the Overwatch League, Dynasty have also signed a bunch of top quality DPS players, such as the ridiculously talented Fleta. Expect big things.

In an odd turn of affairs, Cloud9 - a US company - owns a UK-based team, that’s filled with an entirely Korean roster. There’s no homegrown talent here. That being said, the 12-person team is made up of some of the best players in the world. Expect these to be slow-starters as they settle in, but will soon look to dominate.

In recruiting two of the biggest Overwatch streamers in Seagull and xQc, Fuel are bound to be fan favourites in the league. However, they also have some of the best talent in the game, with much of the roster made up of ex-EnvyUs players - previously the best team outside of Korea.

New York Excelsior could be dark horses, but perhaps not until their star player, Fl0w3r turns 18 in May (he’s not eligible to play until then); the Shanghai Dragons are an untested team made up of an entirely Chinese roster – but had a poor pre-season; the LA Gladiators and LA Valiant are the only teams to be sharing a city - their rivalry could be spicy; and the Houston Outlaws have a strong A-team, however their weak bench means that they’ll struggle against the better teams - Blizzard ruled in the preseason that every player on the roster must play.

What to watch (and when)

The Overwatch League kicks off at 3pm PST on January 10, and will be streamed here. Here are some key matches you need to watch live, or be sure to catch up on with a VoD.

The opening game of the season will have many eyes on it, as the League kicks off. San Francisco Shock are the underdogs here, however don’t be surprised if star player Babybay causes an upset.

This will prove to be the first big-ticket match in the League. In the pre-season, these teams dominated and are both shaping up to be the ones to beat. Expect the victor here to be an early frontrunner for the overall championship.

London Spitfire are seen as big favourites overall; however, they face a tricky opening match against Florida Mayhem. Mayhem have a notable lack of flexibility - they only have the minimum required 6 players – but also have one of the best DPS players in the world in TviQ.