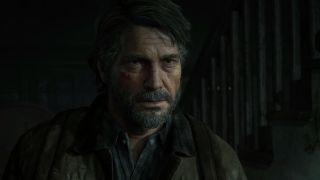 The Last of Us Part 2 has been given its official age rating by the ESRB board, and you won't be surprised to learn that Naughty Dog's upcoming PS4 game has been given a hard "M" for "Mature".

According to new information on the sequel's official website, the ESRB gave The Last of Us Part 2 this rating for its "Blood and gore, intense violence, nudity, sexual content, strong language [and] use of drugs."

Given that 2013's The Last of Us contained plenty of violence, swearing, and gore, those inclusions are hardly a shocker, nor is that mention of drug use, as one of the trailers literally shows Ellie and Dinah sharing a joint together in a moment of intimacy.

The addition of "sexual content" and "nudity", however, marks a first for Naughty Dog, whose games have previously only ventured so far as cheeky innuendo and suggestive cutaways when it comes to matters of the bedroom.

This does, however, corroborate with the studio's promise that the upcoming project represents its most mature and adult tale yet, with all that entails. Could The Last of Us 2 finally break the stigma of video games and awkward, cringey sex scenes? One can only hope for now, as the title isn't releasing until May 29 later this year.