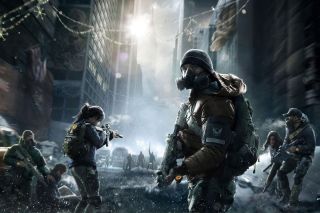 David Leitch has a knack for directing superb action sequences, proving as much in both Atomic Blonde and Deadpool 2. As such, news broke that the stuntman-turned-filmmaker will direct the upcoming adaptation of The Division, the internet exploded with excitement. Perhaps the he can finally break the curse and make a good movie from a video game?

Sitting down with Gamesradar and Total Film before the release of his new film Fast & Furious presents: Hobbs & Shaw, the director spoke about how he's approaching the source material. The Division, in case you have not played the games, sees a lethal smallpox epidemic break out in Manhattan, with the area being cordoned off and a special task force being sent in to deal with the threat. In the second game, the virus spreads beyond New York City and affects the world.

"For me, the DNA of the game is great," Leitch said. "The world is compelling and the visuals are stunning, but also the premise of the game has this human quality and positivity about it, in terms of restarting humanity. We want to stay true to those things."

While Jake Gyllenhaal and Jessica Chastain have both been cast in the movie, Leitch was clear that the movie's script has not been completed. "In terms of narrative, we’ll have to stray from the games, because it’s choose-your-own adventure," he said. "We’ll have to pick a lane and we’re working on the script right now."

The movie adaptation has been in the works for some time, with the Leitch working on the script with Rafe Judkins (Marvel's Agents of SHIELD). Netflix has already picked up distribution rights to the movie.

Leitch's next film, Hobbs & Shaw, can be seen in cinemas across the world August 1. Keep an eye on the Gamesradar website for our review, coming July 31.