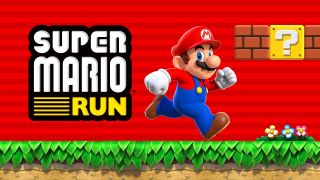 Ever since smartphones became a new avenue for gaming on the go, people have been daydreaming about Nintendo's most famous mascot making the jump to iOS and Android. Well, it's not a dream anymore; Super Mario Run launches on iOS on December 15, and Nintendo has a new video walking us through this tap-happy adaptation:

The late Satoru Iwata pointed out in 2014 that moving Nintendo franchises to smartphones was more complex than some would have liked to think: "It's not as simple as enabling Mario to move on a smartphone," Iwata said. And while Super Mario Run doesn't look to be the most complex or original idea (we've seen endless runners evolve into more traditional experiences with games like Rayman Adventures), it's also clear that some real thought has gone into the level design.

So now that we've gotten a good luck at just how you'll be playing Super Mario Run, here's a few thoughts we have.

In the video we can see there are multiple paths to take, and timing your jumps looks to be crucial if you want the fastest time/best score. While there will no doubt be some levels that are easier than others, it looks like Super Mario Run will offer a challenge to those who seek it out. That's definitely a positive considering the more casual approach many mobile games take.

Course elements are designed around Run's unique gameplay and touchscreen interface. Mario always runs to the right in Super Mario Run, but obstacles like pause blocks that cause you to stop or arrow blocks that fire you in the direction they're pointing let you have some more control over his movements. This will hopefully keep the game from feeling like it's playing itself, and make you more of an active participant.

Challenge coins also look like they'll add some depth to Super Mario Run. These pink coins are harder to reach or require more precise timing from players, making them an appropriate … well, challenge for experienced players. Collect all of them and you get another tier of even more difficult-to-reach challenge coins to collect, adding replayability.

While Super Mario games have featured multiplayer for a long, long time, it's not usually outright competitive in nature. Super Mario Run adds a leaderboard-based Toad Rally mode, where you try to outrank your friends by being faster, more stylish, and collecting more coins. It looks like a solid way to prove your mastery of the courses, or learn new tricks since you can see the path your opponent takes as you race.

Kingdom Builder is the only sour spot. In this mode, you take the coins you've collected throughout your runs and use them to buy buildings and decorations. Certain buildings unlock new features, like a bonus mini-game or characters like Luigi, Yoshi, and Toad. The video doesn't go too in-depth here, but we can already see there's at least two forms of currency - coins and tickets - and a limited space on which to build your kingdom.

Maybe Nintendo will do right by us, but these "build your own ____" type of smartphone games are almost universally designed to be boring, time-wasting money-sinks. So no, not super thrilled about it being part of Super Mario Run.

Mario automatically vaults over Goombas and small gaps? It's gonna take some getting used to seeing the iconic enemies as moving trampolines and not deadly, waddling mushrooms. I don't know how I feel about this.