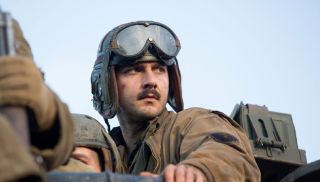 Suicide Squad had more than its fair share of problems, but few could argue that it wasn't a well cast movie; Will Smith, Margot Robbie, Viola Davis, and Jay Hernandez in particular all did a great job with their characters. Now it looks like that cast almost included Shia LaBeouf.

In an interview with Variety to discuss his performance in upcoming drama American Honey, the actor (and occasional performance artist) revealed that he had been approached by director David Ayer to play a part that eventually went to Scott Eastwood. Warner Bros., however, weren't interested:

"The character was different initially. Then Will [Smith] came in, and the script changed a bit. That character and Tom [Hardy's] character [later played by Joel Kinnaman] got written down to build Will up. I don't think Warner Bros. wanted me. I went in to meet, and they were like, "Nah, you're crazy. You're a good actor, but not this one". It was a big investment for them".

It's probably just as well that LaBeouf didn't end up starring in Suicide Squad, as Eastwood's Lt. 'GQ' Edwards ended up being an incredibly small and thankless role. Given that the team is created as an off the books team that the government can disavow anytime they want, there's also the question of why Edwards and his fellow soldiers need to be in the movie at all.

Considering that Warner Bros. didn't want LaBeouf because of the actor's crazy antics, this news is also more than a little ironic. If only they knew what Jared Leto had planned...