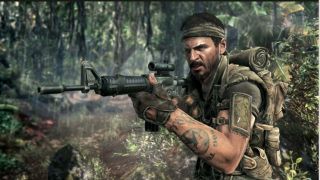 Call of Duty: Modern Warfare isn't even out yet, but we already know far more than we ought to about Call of Duty 2020, which was reported to have undergone a massive overhaul and shift in development team (from Sledgehammer Games to Treyarch) sometime earlier this year.

According to that leak, Call of Duty 2020 is now going to be the fifth entry in Treyarch's Black Ops franchise, following the release of Call of Duty: Black Ops 4 last year, after originally being planned for 2021 but being brought forward in light of development trouble at Sledgehammer, who will now be on supporting duties for the title.

Now, a second Call of Duty 2020 leak has arrived via YouTuber LongSensation, who previously leaked the name of Call of Duty: Modern Warfare before its official reveal earlier this year, and now has provided more info about the upcoming Black Ops title via a single Tweet, which you can read below.

Call of Duty: Modern Warfare will provide dedicated servers on all platforms

That's right, just as this year's Call of Duty confusingly shares the same name with its 2007 counterpart, it's looking likely that Call of Duty 2020 could do the same thing, emphasising a return to the grittier roots of the Black Ops franchise after recent instalments went full-on sci-fi with the ongoing saga.

While Call of Duty has covered both Vietnam and the Cold War in the past, the Korean Wars, which took place in the early 1950's when North Korea invaded South Korea before they were successfully repelled with the help of international force, remains an anomaly in the shooter franchise's history-hopping series of campaigns.

As for the comment that Call of Duty 2020 will be "even more gritty and gruesome" than Modern Warfare, which is already receiving criticism for its controversial imagery and depiction of real life conflict, well... I certainly wouldn't put it past a developer like Treyarch.

We won't be hearing anything official about Call of Duty 2020 until long after Modern Warfare releases, so don't expect comment from Activision or Treyarch on the matter anytime soon. In the meantime, stay tuned to GamesRadar+, as we'll cover any more news about the game once we learn anything more.

For more, check out the best Call of Duty games to play before Modern Warfare releases this year, or watch the video below for a guide to everything else out this week.