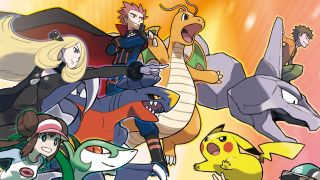 Pokemon Masters pre-registration is open right now, and if you live in certain parts of the world, you could be playing the game very soon. Even if you're not in one of the lucky regions that will get to try out parts of Pokemon Masters early, you can watch a new series of official videos that explain all the core features of the new mobile Pokemon, demonstrating what will make it both familiar and new.

Pokemon Masters pre-registration is purely optional, since it's a free-to-start/free-to-play game, and developer DeNA hasn't said anything about signing up early contributing to any special bonuses. But it does mean you'll get alerted on your device as soon as the game goes live, which is handy if you're champing at the Poke-bit to start playing. You can pre-register for the Android version or the iOS version right now.

Singaporeans can start playing a "preview version" of the game with a limited selection of content tomorrow, July 25, and the same edition of the game is "coming soon" to Canada. Everyone else can either try sneaking their way into those regions' versions or just wait for the full game. It's scheduled to launch this summer, so you won't be waiting too long either way.

In the meantime, you can watch a new six-part video series that will familiarize you with the broad strokes of the game. "I know how to play Pokemon," I hear you saying, and your knowledge from other games will definitely be a boon here, but there are some key differences too. For example, Sync Pairs (the set duos of trainers and one of their favorite Pokemon) now occupy one of three formal roles based on their strengths in combat: Attack, Support, and Tech, and using them together can open up some powerful synergies to exploit in combat.

Check out our list of the best Pokemon games to see if Pokemon Masters has a shot of cracking the rankings.