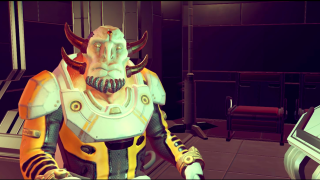 If you felt misled or deceived by No Man's Sky's marketing campaign, you're not alone. After receiving numerous complaints, the UK's Advertising Standards Authority has launched an investigation into the matter.

That's a big deal, because if the ASA declares No Man's Sky's advertising to be misleading, it can have the offending materials withdrawn. In 2014, the ASA found ads for EA's mobile app Dungeon Keeper to be misleading, and the game's presence in the UK almost vanished. Square Enix was also found to be in breach of conduct when it used PS3 footage of Final Fantasy 13 in an ad for the Xbox 360 version, and the ad was banned.

A Reddit thread goes into a bit more detail on the ASA's investigation into No Man's Sky:

Reddit user AzzerUK claims that the ASA is looking specifically at the No Man's Sky Steam store page, focusing on videos and screenshots which show features that do not exist in the current build of the game. Things like realistic animal behavior, being able to fly low to the ground of a planet, flowing water, unique buildings and structures, and so on.

As for why this is happening? "I figured that if we want Steam store pages for games to start falling in-line and stop misleading consumers, then it would take consumers to point these problems out to the ASA, rather than all sit around on Reddit complaining to each other but assuming that it'll all get sorted by itself eventually," AzzerUK told Eurogamer.

We'll keep you updated on this as it develops.