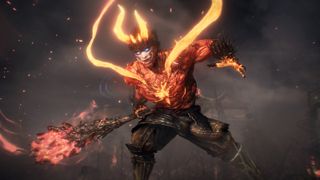 Ahead of its upcoming release on March 13, Nioh 2 hosted an open beta in November 2019 - a rarity for a primarily single-player game. Now that the dust on the beta has settled, Lee shared an itemized list of changes that the studio is making based on player feedback. These are only some of the changes, mind you, but the gist is that the team wants the game to be more accessible, less confusing, and more rewarding.

"In order to address some of the portions that felt unreasonably difficult, we will be adjusting the balance for all Yokai actions and strengthening several of the special moves and making them more manageable to use," Lee said. "There will be modifications made to control the level of punishments in the Dark Realm such as adding merits where the maximum Ki damage is increased against enemy Yokai as well as the overall management of the player’s Ki will be refined."

You can read the full list of changes in the blog post linked above, and we've pulled out some of the biggest and most interesting ones below.

Team Ninja on why Nioh 2 won't have an easy mode.