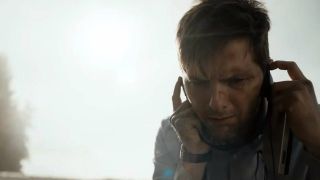 The reboot of classic cult series The Twilight Zone airs tonight on CBS All Access, and in an interview with SFX magazine executive producer Simon Kinberg promises even hardcore fans will find something new to love.

"We wanted to do something that isn’t just a retread, or remake," he explains. "We wanted to make it fresh and different. So, we came up with an idea, that I won’t give away, and it got us both really excited about what we could do. It would honor the original, but also innovate on the original."

Hot horror director of the moment Jordan Peele is executive producer and host on the new show, even though he's been super on projects like Us. "We had a writing room that was here in Los Angeles, and we were getting outlines and scripts, and hiring directors even as we were each in post on our respective movies," Kinberg explains.

He also reveals that Peele wasn't sure about stepping into the shows of Serling at first. "They are such huge shoes to fill, but then the truth is, he is to the show what Rod was, which is one of the primary creative voices. Rod wasn’t an actor on the show. Rod was the creator and writer. Jordan and I co-wrote one of the first episodes together. I think that’s what got Jordan to say yes, and I’m so glad he did, because he’s extraordinary as the narrator of the show."

You can read more about the new show in this month's edition of SFX, on sale now.

We're also available on Google Play and Zinio, and most digital formats give you a 30-day free trial, so you can try before you buy! For Apple users: click the link and you’ll be directed to SFX's page in the App Store – once there, install the SFX app, or, if you’ve done that already – hit Open to be taken to the SFX storefront.