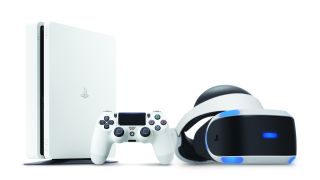 The days of buying a game console and having it be a static, unchanging experience are gone. The PlayStation 4 launched nearly four years ago, and it's only gotten better over time, adding promised features and delivering all-new ones that have enhanced that little black gaming box far beyond its original capabilities. But even as the PS4 has evolved and immensely improved with each passing update and revision, there are still annoyances - some great, some small - that find ways to get under our skin. This is a celebration of the little things that the PS4 does to make our gaming lives a little easier, along with a few things Sony could refine to make its console even better.

While PS4 owners looking for more storage could buy and install internal hard drives, external drives went unsupported for far too long - heck, the Wii U even supported external hard drives before the PS4 did. With update 4.50, that's all changed, as users can download and transfer games to any USB 3.0 external hard drive up to 8 TB. What's even better is that the whole process is incredibly easy - simply plug in your drive, format it, and transfer games via the system menu. And as long as you're able to sign into PSN, you can even plug your external drive into a friend's PS4 and play your installed games anywhere. It took nearly four years to get here, but hey, better late than never. If you haven't doubled your storage yet, here are the best PS4 external hard drives.

Along with external hard drive support, Update 4.50 brings Boost Mode to PS4 Pro systems, and it does the thing we were hoping the enhanced PS4 console would do when it was announced: make your old games run even better. While games released after the PS4 Pro will likely have Pro-specific features, ticking the Boost Mode box in the system menu will allow older games to access the full clock speed of the PS4 Pro's CPU and GPU. What does this mean in normalspeak? Smoother framerates and faster load times for a variety of titles. Now, games with technical shortcomings like Bloodborne and The Witcher 3 can skate even closer toward perfection. Not all games will benefit as dramatically as others (and some games actually run worse with it on), but for those it does help, it's a very welcome feature.

Network technology is a hell of a thing. I remember marveling when I could play PS4 games on my Vita in another room of my house, but Share Play is on a whole other level. That I can watch a friend broadcasting a game, request an invite, and then find myself playing their game within seconds feels like sorcery every single time it happens. It even works on Sony's handful of PS2 on PS4 games, which means I could play Rockstar's cult classic beat-em-up adaptation of The Warriors with anyone around the world at any time, which is something I'm pretty much always down for. A lot of how well it runs certainly depends on your local internet connection, but at least it's included as part of your PS+ subscription, rather than a whole separate program you have to pay for.

Finding out what the 'free' PS+ games are each month

Speaking of PS+, one of my favorite days every month is finding out what 'free' games I'm going to get with my subscription. I put 'free' in quotes because you only technically own them as long as you're a subscriber, but having access to at least two PS4 games each month (potentially more, thanks to Cross-Buy) and building up a decent library of curated games is a great feeling. There's even an excitement surrounding the mystery games Sony unveils each month, as I glance at release calendars to see if any new games happen to conveniently launch on PS+ day. As someone who loves playing a wide variety of games and discovering experiences I may not have heard about, PS+ has been a fantastic way to dip my toes into a variety of titles without having to break the bank. Here's what's free on PS Plus this month.

The revised DualShock 4 is even better than the original one

The DualShock 4 is easily the best controller Sony's ever designed, but its build quality at launch was a bit… suspect, with the rubber often peeling off of the analog sticks after a few months of normal use. When Sony released the slim PS4 and PS4 Pro, it also quietly revised the DualShock 4 and fixed most of its flaws. The analog sticks are much higher quality now, with firm rubber and more precise movement, and the LED light bar now poked through a tiny slit in the touch pad so you can actually see when the colors change. While it's a shame the DualShock 4 wasn't this good at launch, the improvements are still more than welcome.

Things that annoy us

PlayStation Now costs too much is and too unreliable as a way to replace a proper classic gaming library - even with the inclusion of PS4 games. Sony's PS2 on PS4 collection is paltry, doesn't provide discounts if you already own the games digitally on PS3, and many of the games are too expensive. There's no way to play PS1 games on a PS4, despite the fact that most tablets can run working PS1 emulators reasonably well. The more I play my PS4, the more I never want to touch my PS3, so please, Sony, just let me download the digital copy of Mega Man Legends 2 I own on the console I prefer and let me play it with the controller I like. Come on.

The DualShock 4 will hold a charge for about five to eight hours. It seems like a lot of battery life, until you realize just how often you let your controller idle during binge sessions of The Office on Netflix. There are ways to mitigate this - dimming the light bar, lowering the volume on the speaker, turning off rumble, turning on auto-sleep, etc. - but there's no mistaking just how often you'll have to recharge your PS4 controller. For comparison, the Nintendo Switch Pro Controller will get you 40 hours of gameplay on a single charge, easily putting the DualShock 4 to shame.

That touchpad is… why is it even there?

The touchpad on the DualShock 4 is the PS4's GamePad - a neat idea that only ever gets used to access a map. Some games have used it as way to emulate moving a mouse cursor around on the screen or for swiping motions, but those experiences are rare, and using the touchpad hardly feels natural. Most of the time, it just turns into a makeshift menu button, and when most the innovative feature is the ability to bring up an equipment screen by pressing the right half of the touchpad and a map on the left half, it's time to just bring back proper Start and Select buttons.

The power and eject buttons are way too tiny, even on new models

It took me actual minutes to figure out how to turn my PS4 on when I got it at launch, looking all over the console only to realize these tiny vertical plastic strips were the power and eject buttons. While the recently revised models turn these tiny touch-sensitive strips into actual push-in buttons (so you'll no longer brush against the system and accidentally turn it on - or off), they're still way too tiny. I get wanting the PS4 to look like this sleek monolith, and I'm not asking for the power button to be a giant glowing icon like it is on the Xbox One, but it should be obvious enough to figure out how to turn a system on or off without having to pull out a magnifying glass.

The feeling arrives like a low, growling hum, lurking underneath the white noise of everyday life. I'll be working on an article, spending time with my family, or doing chores around the house, and then slowly, gradually, a realization hits: Knack 2 is actually being made. We won't get another Ape Escape, but we'll get Knack 2. The Wipeout studio is shuttered but Knack 2 threatens to come out any day now. We'll never see what the power of the PS4 could do for Jak & Daxter, but Knack 2 is more real than you can possibly imagine. This feeling hits me every week. I am tired.