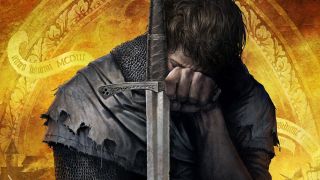 If you love acclaimed open-world RPGs like The Elder Scrolls 6: Skyrim or The Witcher 3, Kingdom Come: Deliverance is looking to be your next medieval adventuring addiction. Developed by Warhorse Studios for PS4, Xbox One, and PC, Kingdom Come: Deliverance tells the story of Henry, an unassuming blacksmith who embarks on a classic quest for revenge after his village is razed and his loved ones are slain. This single-player journey could very well take you over 50 hours to complete, and aims to immerse players with its tactical first-person sword fights and nuanced NPC routines. It's an experience that's definitely hampered by plenty of bugs (comical glitches at best, hard crashes at worst), but most critics have been able to overlook all the kinks to appreciate Kingdom Come: Deliverance's grand ambitions.

"The simulation that governs everything is impressively deep. If you get caught stealing, you'll end up serving time in jail. If you draw your sword during a fist fight, your opponent will back down and apologize. Nobles will be more willing to speak to you if you've had a bath. If your reputation in a town is especially high, people on the street will shout your name and sing your praises. If you drink too much, you'll wake up with a hangover.  Take off your clunky plate armor and you'll make less noise while sneaking. Eat rotten food and you'll contract food poisoning. These little details keep piling up, layer upon layer, creating a world that is thrillingly dynamic and reactive."

"Most of the times developers have tried to create a 'realistic' first-person melee system, the result has been the next best thing to unusable. But Warhorse's designers seem to have struck the right balance here: sword fights have a nice tempo and reward technical skill, quick thinking, and most of all patience, but don't feel cumbersome or incomprehensible. While my character does level up and gains new perks, I feel like the main thing allowing me to take on tougher enemies is that I, the player, am learning new techniques and progressing toward mastery of the mechanics. And in cases where I've found myself outclassed, a good majority of quests have a nonviolent solution."

"Even after the necessary installing of its 20GB+ day one patch, Kingdom Come: Deliverance can still turn out to be a baffling, comical or just plain glitchy mess. Whether that's down to the present use of CryEngine or not, at its worst, the game is an unwelcome clutter of buggy animations, glitches, missing textures and circumstances that would make even Assassin's Creed: Unity blush. NPCs with missing heads, texture-deprived clothing, pop-in to parts of the ground a long while after the main bulk of the environment has finished loading, frame-rate dips from high-60s to mid-20s in a matter of seconds, load screens for something as simple as the world map taking up to twenty seconds, even something as horrid as in-game cutscenes absent of the even most basic of level geometry."

"It doesn't boast the biggest, most expansive map, but Kingdom Come: Deliverance offers an unprecedented amount of freedom as to how you progress through its story and sidequests. The world does not revolve around you, meaning sometimes you'll need to keep to a schedule or get left behind. Some tasks are also better dealt with if you notify someone with more skill and experience than you currently possess. You'll only end up dead if you take on a group of bandits without much combat experience, for example, but notify the town guard and they may send some men to accompany you on your task. You are not the only person in Bohemia capable of getting things done, and that's wonderfully refreshing."

"The game's approach to saving is harder to swallow. To checkpoint progress you must either sleep, reach a significant quest milestone or down a tot of Saviour's Schnapps, a finite beverage that can be bought (expensive) or brewed (time-consuming). Fortunately, small amounts of booze improve certain stats for a time, including your charisma. My version of Henry has accordingly passed many a fateful conversation in an amicable stupor, swaying in and out of view. Tethering checkpoints to boozing is fun, but the lack of a quicksave does get annoying."

"Yes, you will have seen more dramatic and imaginative video game scenery before, but I have never played a game that evokes actual nature as well as this. Distant hills undulate elegantly across the screen, forest floors are covered in bobbles of moss, and rich foliage leans into your vision from all angles. In towns, too, the attention to detail is sublime. The thatched houses of smaller towns are dark and cosy, while in more cosmopolitan areas you will find multi-storey buildings with gently dyed facades. Stepping into a little town church, meanwhile, where flickering candles saturate the rich textures of the murals with a divine glow, is so calming that I could feel my ancestors' Catholicism reawakening in me."