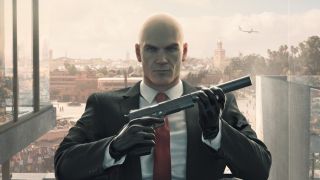 We've still not finished the assassiny delights of the current season of Hitman - there's still Bangkok in Thailand to jet off to on August 16 and then a trip to the USA and Japan later in the year - but IO Interactive isn't planning on stopping any time soon. Tweets in response to fan questions on the official Hitman account have revealed that the plan is to have three seasons but season two "hasn't been confirmed yet."

@bergf89 Of course, our plan is to have three seasons. Although Season Two hasn't been confirmed yet.August 6, 2016

And just to make sure we definitely know it's happening, the team said that no remasters or revisits to classic levels will be taking place just yet because it'll be "focusing on future seasons of Hitman". Given how incredible it's been to explore the delights of the individual locations and the joys of the elusive targets, the idea of more seasons is music to our finely honed stalker ears.