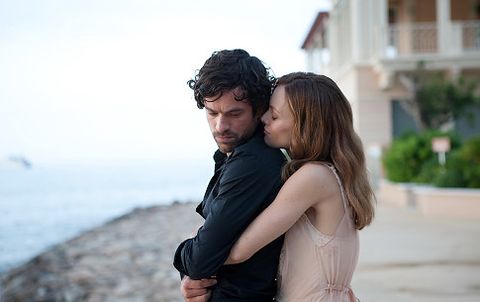 “I wreck couples for a living” is how Alex (Romain Duris) describes the business he runs with his sister ( Julie Ferrier).

In hock to a gangster, however, Alex is forced to take on an assignment that breaks his cardinal rule: never disrupt a happy partnership. He’s given 10 days to stop beautiful heiress Juliette (Vanessa Paradis) from marrying her English philanthropist fiancé (Andrew Lincoln).

The US remake rights have already been snapped up for this high-concept French romcom, which unfolds against the glamourous, sun-kissed backdrop of the French Riviera.

Slickly orchestrated by director Pascal Chaumeil, Heartbreaker never leaves one in any doubt about its ultimate fairytale destination, although there are several amusing detours along the way.

Worth seeing for Duris’ athletic, charismatic and quick-witted performance, not to mention his snake-hipped recreation with Paradis of Dirty Dancing’s pas de deux. And yes, he does dance like Patrick Swayze.