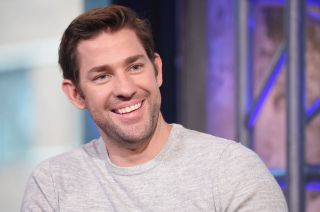 There have been rumours swirling for a while now that John Krasinski – director of A Quiet Place Part II, star of The Office – could play Mr. Fantastic in an MCU reboot of the Fantastic Four. Marvel fans are even holding out hope that Emily Blunt – the Mary Poppins and Sicario actress who happens to be married to Krasinski – could play fellow Fantastic Four member, and the character's partner, Sue Storm.

Speaking exclusively to our sister publication Total Film magazine for the latest issue, Krasinski spoke about potentially taking on the role.

"You’re like, 'Do you have any interest in not shattering people’s dreams?'" Krasinski says with a grin. "I would love to be in the Marvel universe. I love those movies because they’re fun, but I also think they’re really well done. And certainly a lot of my friends are in those movies. I have no idea what [Marvel] are thinking. But if they are considering me for Mr. Fantastic, continue to consider me because I would love it."

TF also asked whether Krasinski would consider directing a Marvel blockbuster, and answered: "Oh man, directing one of those things? I don't think I'm your guy. But if I was to act in one? I'd have so much fun."

Krasinski also spoke at length about directing A Quiet Place and his time on the smash show, The Office. Read the whole interview in the new issue, out now on news stands.