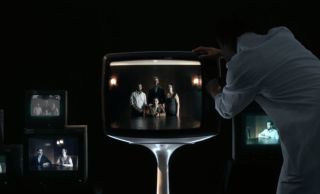 Aiming to "bridge the gap between movies and games", Transference is a psychological thriller wherein you'll get to explore the digitally-recreated memories of another person... and possibly influence their fate.

SpectreVision's head of development, Daniel Noah, said in the brief teaser that the VR game will make the player "feel like [they're] in a movie"... a terrifying one, according to CEO Lisa Whalen.

"We want you to take off the gear," she said, "and still feel unsettled."

We knew Ubisoft was dabbling in horror virtual reality a little while back when Whalen hinted that the team was looking to explore how the movie and game industries could collaborate to "tell an infinite number of unique stories in a bold and original new format.”

Transference will be coming to HTC Vive, Oculus Rift, PC, PlayStation VR, PlayStation 4, and Xbox One in Spring (Q2 for our friends in the southern hemisphere) 2018.