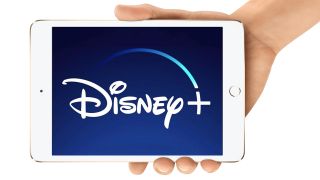 You'll need a subscription to access all of the content, but it's easy to grab one if you sign up on the official site. And here's where you need to go to get the Disney Plus app on your platform of choice!

iPhone and iPad Disney Plus app

Download the iPhone and iPad Disney Plus app here

Want to start marathoning Disney Plus on your iPhone or iPad? Sensible - that way you don't have to stop watching even if something goes terribly wrong and you need to leave the house.

If you're more of an Apple TV fan, you can download the Apple TV Disney Plus app via the link above - it's actually the same App Store location as the iPhone and iPad versions, handily enough.

You won't be left out if you prefer Android, either. There are a ton of folks using Android phones, tablets, and other devices out there, and you can head to Google Play via the link above and start downloading the app immediately. That page will also tell you if your device is compatible.

If you already have a PS4 hooked up to your TV, you might as well put it to work streaming your favorite Disney Plus shows. As long as Spider-Man: Far From Home isn't on the service due to licensing issues, you can always swap over to Spider-Man PS4 and pretend.

Xbox One Disney Plus app

If you prefer to watch on Xbox One instead, you'll have just as easy of a time getting Disney Plus onto your big screen. The link above will send you straight to Disney Plus' listing on the Microsoft Store.

Want to start marathoning on your Roku device? Whether you've got a standard Roku box, a Roku Ultra, a Roku Stick, or anything else in the Roku line, you'll be able to start downloading the channel with the link above. Just make sure you're signed into your Roku account so it goes to the right device.

Decide where to get started with our guide to the best movies on Disney Plus.