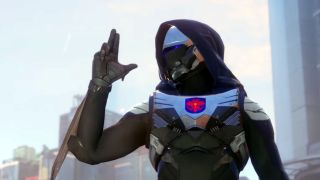 Destiny 2 takes an "ain't broke, don't fix it" approach to many of the first game's fundamentals, but one unwritten rule is getting thoroughly rubbed out (or would be if it was ever written down). You know how you should always change into your highest Light-level gear before you get your engrams decrypted, so that the loot gods know to give you the most powerful gear possible? No more.

PSA: In D2 it's no longer advantageous to equip your most powerful gear when decrypting Engrams. We check for your best possible loadout nowAugust 28, 2017

The player responses were rapturous. This one sums it up nicely.

The semi-unknowable nature of Destiny's loot system lent all the engram proceedings a religious feel; some players may miss the ritual of cladding your Guardian in their Sunday best before jogging over to the Cryptarch for final judgement. I won't. Destiny had enough weird little quirks and time wasters without strongly encouraging me to change my armor every time I returned to the Tower. One of the best things its sequel can do is cut down on as much of that stuff as possible, in my opinion.

And hey, nobody's stopping you from still putting your Light-iest gear on before you go and see Rahool (or whoever decrypts engrams at The Farm). Or you could go the other way and keep one lucky set of armor to pop on every time, even though it's horribly underpowered. The world of engrams is our encrypted oyster!

Check out one of the places you can farm up some fresh engrams with our preview of Destiny 2's European Dead Zone. Read more on our dedicated Destiny 2 info page.