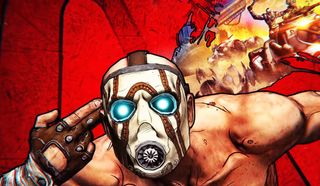 If you've never played Borderlands, you might not get all the excitement surrounding Borderlands 3. If that's you right now, then now's the perfect time to catch up on Gearbox's premier looter-shooter: the Game of the Year edition of the original Borderlands is free to try on Xbox One and Steam this weekend. You can play for free on Xbox One through Sunday, July 21 at 11:59pm PT / 2:59am ET / 7:59am BST. Steam players will have through July 21 at 1pm PT / 4pm ET / 9pm BST.

This free trial includes everything in the GOTY Edition, but you'd need way more than a weekend to get through it all. The four DLC add-ons are: The Zombie Island of Dr. Ned, Mad Moxxi's Underdome Riot, The Secret Armory of General Knoxx, and Claptrap's New Robot Revolution. If you could only complete one or two, I'd recommend The Zombie Island of Dr. Ned and Claptrap's New Robot Revolution - I reckon they're the most transformative of the bunch, but they're all worth it for the loot.

If you like what you see, you may want to buy the game when it goes on sale on July 22. It'll be 50% off through July 29 (digitally on Xbox One and Steam) and all your progress from the trial will carry over. Once you're properly aboard the Borderlands train, catch up on 23 ways Borderlands 3 is reinventing the formula in our Borderlands 3 preview.

In case you missed it: the latest Borderlands 3 trailer is a delightfully deadly dance routine featuring all the new Vault Hunters.