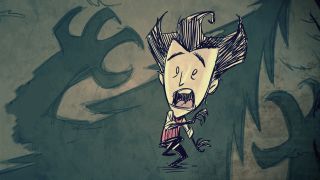 Just ask Joseph Conrad - nature is a beast, red in tooth and claw. There are few things like a hostile wilderness, particularly one teeming with vicious animals (or exploding zombies), to test a person's acumen and mental toughness; the physical challenges are often only a prelude to the psychic difficulties that prey on survivors, the demons of boredom, loneliness, and hopelessness.

It's strange then to think that video games have taken this gauntlet of physical and mental obstacles and transformed them into such an entertaining cocktail, and yet survival games are one of the most popular genres on the planet right now. Something about being pushed to the edge of endurance and having to start with next to nothing (often not so much as a stitch of clothing) makes for a wildly entertaining challenge. Turning the natural world from an adversary into an ally by harvesting what you need, and civilizing it to the point of sustainability, is some of the most fun you can have in a modern video game, and we've tracked down some of the best examples that let you get in touch with your primitive inner self.

These days we think of Minecraft as a kiddie-friendly creative wonderland, so we forget that at its core there’s a brilliant survival game. Mining for materials, crafting tools and building a shelter is still as tense as it ever was, with one eye watching for sundown and one ear cocked for the moans of zombies. Forging your first decent weapons feels a big achievement, and there’s plenty of excitement to be had in farming and foraging in an epic, unknown landscape, or fending off exploding creepers before they can breach your fortifications. We love Minecraft for its creativity, but there’s still a thrilling game underneath.

Don’t starve and don’t be fooled by those charming hand-drawn, Tim Burton-esque graphics. This is as dark, brutal and unforgiving as survival games get, with strong roguelike elements that make slaying weird monsters – evil spiders and creepy pig-men a speciality – as important as collecting the materials you’ll need to craft tools, traps and weapons, or simply stay warm and cook your food. Don't Starve is a game where you need to manage your time and resources carefully, and regard permadeath as another step on a learning journey. The longer you survive, the more seems at stake, and isn’t that what survival’s all about?

With some cracking additions like the Reign of Giants expansion or the nautically themed Shipwrecked, Don't Starve is a game that just keeps expanding, adding features, and getting more engrossing as the months pass. And the Hamlet DLC coming later this year promises to continue the trend, with the addition of housing, new shops, and a load of new items to play with.

Where other survival games involve elements of fantasy or horror, The Long Dark plays things straight; just you, a downed bush pilot, and miles of freezing, wolf-haunted Canadian wilderness in which to stay alive. Battling cold and starvation is tough enough, and you’ll need to eat, drink and rest in order to survive. Yet go hunting and exploring and you’ll find there’s so much to discover for yourself. The team has bolstered the core sandbox survival game with a two-chapter story mode, where you’re searching for a doctor stranded in the wild, and both are crammed with tense, even terrifying moments and scenes of strange beauty. The Long Dark has grown into a survival great.

Take survival, add sci-fi and dinosaurs, and you have the bare bones of Ark: Survival Evolved. The game’s built a huge fanbase despite dated visuals and a harsh difficulty level, just because it makes the business of staying alive so exciting, no doubt helped by the fact that beyond the giant reptiles and other hostile beasties, it’s other players that pose the biggest threat. Build and upgrade your base and set traps and you’ll live a little longer. Join forces with a tribe and wage war on others, and you’ll live longer still. It’s not every game where you can tame a sabretooth or ride a Megalodon, and no other game does survival on quite this T-Rex scale.

The Forest is the place where survival and survival horror meet. It’s bad enough being the sole survivor of a plane crash, stranded deep in a sinister forest. Worse still, when that forest is haunted by flesh-eating cannibal mutants who want nothing more than to eat you alive. This is a game with a serious day/night cycle, where you spend your daylight hours repairing the camp, setting traps and scavenging for food, getting ready for the nightly onslaught from the creepy cannibal hordes. They’re ferocious and smart and they work together, but you can explore their settlements and take the battle back to them. The Forest is dark and genuinely scary solo, and not much easier on the nerves in co-op mode.

For anyone familiar with the bizarre but engaging post-apocalyptic train thriller Snowpiercer, the world of Frostpunk will feel instantly familiar. While there are no trains to speak of, Frostpunk gives us a world caught in a deadly permafrost, where the top priority for all its survivors is simple: don't freeze. It's harder than it sounds, and unlike the other games on this list it tasks you with ensuring the survival of an entire colony of hard-bitten, suspicious individuals. Frostpunk tasks you with making some incredibly hard decisions and then living with the bitter consequences, desperately striving to keep the tiny spark of hope that sustains you alive. It's a stark, beautiful, unforgiving world but one that makes every single day you manage to survive it feel meaningful and rewarding.

If you want to blame any game for the onslaught of sandbox survival titles, blame DayZ. Dean Hall’s surprise megahit started off as a survival mod for the hardcore military shooter, ARMA, but grew into a phenomenon bigger than the parent game. Set in a fictional Eastern European state overwhelmed by zombies, it has you scavenging and fortifying to keep the biters at bay. As in The Walking Dead, however, it’s other humans that are, by far, the biggest worry. If you can’t make friends, you’ll need to play smart and be ready to pull a gun. DayZ has always been a bit rough and ready, but the team at Bohemia Interactive has added polish and content over the last five years. Providing you can take the challenge, it’s still a great survival game.

Some of the most tense moments I've had playing a survival game have come by way of State of Decay 2, Undead Labs follow-up to their 2013 zombie survival cult classic. Badly wounded, my stamina practically empty, limping between houses pursued by a horde of the dead, I was desperate to just make it to the relative safety of the truck I left parked on the road. Just a few feet more, and I could drive off, scavenged supplies intact, and know that I'd bought my little ragtag group of survivors a few more days. On the other hand, if I was run down by the ravening monstrosities swarming all around me, I'd love not only valuable supplies, but a character I'd poured time into, building up their skills and watching them develop from shell-shocked newbie to hardened veteran, would be gone forever. State of Decay 2 is great at creating these moments with its punishing permadeath mechanic and the speed at which you can go from feeling like a zombie slaying cyclone to helpless victim.

It’s safe to say that Facepunch’s survival sandbox game isn’t for everyone. It’s legendarily challenging and hardcore in its nature, and the biggest question isn’t whether you’ll die, but whether it’s the wolves, the bears, the patrolling helicopters or the other players that will get you first. Everyone spawns naked in a random male or female avatar, and you’re stuck in a desolate landscape where nearly everything that moves wants you dead. Yet for some players, nothing beats Rust’s brutal, unforgiving nature and fraught combat, or the bonds it creates between players once they learn to trust one another. It’s always going to be divisive, but Rust keeps evolving in interesting ways.

It feels a little odd, recommending a Conan game in 2018, but Exiles earns that strange honor with its brutal combat, deep systems, and unforgiving, varied world. The ease with which you can construct elaborate fortifications to defend your home against rogue players and savage tribesmen makes designing and building a hugely rewarding experience, and systems like capturing and converting your foes or summoning massive avatars of the gods mean a deep, wildly entertaining end game. Best of all for those looking to explore and tame this vast world solo, Exiles gives players the opportunity to play offline, and customize everything about the gameplay down to how many materials each resource node yields. It's a tailored experience that can be tweaked to suit your appetites exactly, and one with enough depth to ensure you'll never run out of things to do and discover (or hack to bloody chunks with your freshly forged longsword).