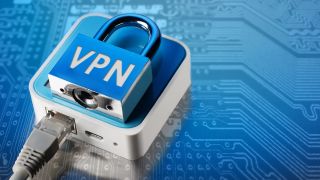 Getting the best VPN for PS4 has its advantages. For one thing, it lets you overcome region sets. For another, it keeps your data safe by rerouting it through a server. However, tread lightly; the world of VPN can be something of a minefield (as an example, certain providers could slow down your internet connection). Because of this, we’ve gathered only the most secure and reliable services here.

What is a VPN, though? It stands for ‘Virtual Private Network’ and works to keep your information secure. What’s more, the best VPN for PS4 lets you get around bandwidth throttling that your provider may run during peak hours. While lag is frustrating at the best of times, it’s a different kettle of fish altogether when it’s forced on you (though proceed with caution here - be aware that your VPN might not have an effect and could possibly make things worse). Equally, VPNs let you overcome a lack of players in your area by joining another country’s multiplayer lobby. This is because VPNs allow you get around ‘geo-blocking’, a process where some content isn’t available in certain parts of the world. As before, just be careful. Although that’s helpful, messing about with another country’s PSN Store could land you in hot water. If you want more details on the pros and cons of VPN, you can get the skinny in our handy guide.

This is currently the best PS4 VPN

The best all-rounder PS4 VPN, Express VPN will let you jump between 148 spoofed locations in 94 countries, giving you massive choice when it comes to your international access. There's also zero logging of your traffic or browsing data, and connection speeds are pretty solid, as VPNs go. With a 30-day money back guarantee, you can also feel secure in your ability to test things out without major financial commitment, if you're not entirely sure.

The best PS4 VPN for security

If you want to secure your online gaming against any potential attacks outside of the game, NordVPN has granite-hard security. With 2048-bit security and optional DDoS protection on selected servers, NordVPN is one of the hardiest PS4 VPNs around. That kind of security comes at a price, mind, especially over 4400 servers. Nord VPN is one of the pricier VPNs around, if you play monthly, though you will get a better deal if you commit to one of their longer sign-ups.

The fastest PS4 VPN for downloads

VyprVPN's basic functionality is pretty darn impressive. Wth 700 global servers and 200,000 available IP addresses, your international internet options are pretty huge, and then there's the matter of a NAT firewall to block unwanted, inbound traffic. But if download speeds are a priority, Vypr excels. In tests, it actually managed to boost download speeds to 2.5 times that of a vanilla connection. Like most VPNs, VyprVPN gets cheaper the longer you sign up for, and its Premium service saves you money overall if you're going to take advantage of its five connections (compared to the Basic three). Either way though, there's a free trial, so you can safely try before you buy.

The best PS4 VPN for gaming with a low latency

The PS4 VPN for a low ping

For pure gaming speeds, Buffered VPN is the best choice. Where other VPNs might increase latency, in tests Buffered VPN actually lowered it. Upload speeds were also strong (though don't expect downloads to perform as well). Buffered VPN isn't the cheapest VPN money can buy, but if you don't like it, you can get hold of a refund if you haven't gone over 10 hours, 100 sessions or 10GB of useage.