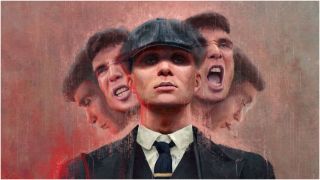 Since first airing in September 2013, Peaky Blinders has slowly but surely, across its four seasons, become one of the most sharply written and artfully directed shows on TV. Created by Steven Knight and very loosely based on the Birmingham street gang the Peaky Blinders who wreaked havoc in their city in the 1890s, it follows a crew led by the Shelby brothers Tommy (played by Cillian Murphy), Arthur (Paul Anderson), John (Joe Cole) and Finn (Harry Kirton), their sister Ada (Sophie Rundle), and their Aunt Polly (Helen McRory).

The men are all well-dressed savages with razor blades in their flat caps and hearts turned cold in the trenches of World War I. The women aren’t any less monstrous. And as season 5 fast approaches (August 25, BBC One), we took it upon ourselves to rank the best episodes so far. By order of the Peaky Blinders...

10. The one where Tommy Shelby shoots Billy Kimber

Come the final episode of season 1 and there are four key things the Shelby clan has to deal with: Inspector Campbell, a matter of Tommy’s heart, a revelation about Polly’s children, and, most pressing of all, Billy Kimber. In real-life, Kimber was the head of a gang called The Birmingham Boys who, from the '10s through to the '30s, ran racecourses in their hometown, on the south coast of England, and in London. In Peaky Blinders, he is all of the above, plus Tommy Shelby’s key frenemy.

Initially, Billy wants to kill Tommy because Tommy fixed some horse races that Billy controls, but they call a truce when Tommy suggests they work together. Of course, Tommy is Tommy, so their relationship soon disintegrates into all-out war. Cue a stand-off outside The Garrison pub, during which Billy gets a bullet in the head from Tommy. This is supposed to be the moment the Peaky Blinders go legit, by taking over all of Billy’s racecourses. But actually it’s the moment you understand that the Shelby family are the most dangerous gang in town.

Key quote: “This is the day we become respectable. But first, we do the dirty work” – Tommy to his gang

9. The one where Tom Hardy pops up as Alfie Solomons

It’s early on in season 2, and Tommy Shelby is having some issues with Italian gang leader Darby Sabini, who keeps doing things like abducting Tommy’s sister, Ada. He needs a friend. So he goes to Camden Town, in north London, to meet Jewish gangster overlord Alfie Solomons in his “bakery” (distillery). Solomons is played gleefully and extravagantly by Tom Hardy, and is such an intense presence that he causes a recently beaten up Tommy Shelby’s nose to bleed. Alfie’s best moments come later on in the show, but Hardy’s introduction at this point was the moment Peaky Blinders joined the big leagues. Form an orderly queue, A-Listers.

8. The one where the Blinders take over the Eden club

At this point in the show, the oldest Shelby brother – Arthur – is expertly living up to his reputation as being mad, bad and dangerous to know. Accordingly, he's developed a troublingly large cocaine habit. This is a concern for Tommy, because Arthur is his brother and he loves him, but Tommy is a pragmatic man and he knows that a drug-fuelled Arthur is the perfect person to lead a violent takeover of a nightclub.

Soon enough, Arthur and some henchmen head to the Darby Sabini-owned Eden Club, glass a guy called Mario, and smash the joint up. Arthur then charges on stage and announces into the microphone: “This place is under new management… by order of the Peaky Blinders!” The takeover doesn’t last – Inspector Campbell hands the club back to Sabini in the following episode – but it doesn’t matter, because Peaky Blinders’ most memorable quote has already been uttered.

Key quote: “This place is under new management… by order of the Peaky Blinders!” – Arthur to the punters at The Eden Club

7. The one where John Shelby gets shot 12 times

John Shelby. A man with a good heart, a reckless edge, and way too many children (six!) for someone his age – or indeed any age. He, like Tommy and Arthur, is a First World War veteran who emerged from that conflict damaged but ambitious. However, unlike Tommy and Arthur, John met his end in the opening episode of series four after being shot 12 times by the heavily tattooed Italian mobster Luca Changretta's gang, as revenge for a war John accidentally started in series three.

A perfect way to introduce the savagery of Changretta (played by Adrien Brody), and a perfect way to kick off a new season – because there’s nothing like a big death to show that a TV show means business.

Key quote: “We’re not the Peaky Blinders unless we’re together” – Michael to John

6. The one where Tommy rescues his kidnapped son

We begin with the kidnapping of Tommy’s son by a priest (Father Hughes, played magnificently malevolently by Paddy Considine) at the opening of an orphanage that bears the name of Tommy’s wife, Grace. We end with Michael, John, Arthur and Polly being arrested at Tommy’s house and being taken away in a police van (an event Tommy knew was going to happen). In-between these monumental moments we have the rescue of a small boy, a priest choking to death on his own blood, a jewellery robbery, some heartbreak for Polly, a train blowing up and some First World War tunnelling flashbacks. Crash bang wallop what an episode.

Key quote: “They will never admit us to their palaces no matter how legitimate we become. Because of who we fucking are, and because of where we are fucking from" – Tommy

5. The one where we meet the boxer

The Shelbys are recovering from the death of John and the injuries to his half-brother Michael, and two new bad men are circling: Luca Changretta, who is very much responsible for the plight of both John and Michael; and Aberama Gold (played by Aidan Gillan), who has no goodness in his soul. Aberama is ostensibly on team Shelby, because he wants Tommy to help his son Bonnie (played by Jack Rowan) break into the world of professional boxing. Needless to say, Bonnie will go on to play a pivotal role in how series four unfolds.

In these simple moves the narrative for an entire season is laid out, making this episode a masterful example of scene setting. We haven’t even mentioned the Christmas lunch, the funeral, the factory strike, and Tommy’s ongoing stand-off with Polly.

Key quote: “I could fight a fucking tree and knock it out, Mr Shelby” – Bonnie to Tommy

4. The one where Tommy becomes an MP

Tommy Shelby is a murderer, a backstabber, a thief and a liar, plus he’s clever, devilishly handsome and really quite charming. So it makes perfect sense that, as of the finale of series four, he is the newly elected Labour MP for Birmingham South. What could possibly go wrong? Oh yeah, and also in this episode Arthur faked his own death in magnificent fashion at a boxing match, and Luca Changretta and Alfie Solomons came face to face with their own very real deaths. The lesson, as per usual in Peaky Blinders, is this: Tommy Shelby always wins. But how long can his lucky streak possibly go on for? Whitehall is about to find out.

Key quote: "We live somewhere between life and death. Waiting to move on. And in the end we accept it. We shake hands with the devils and we walk past them” – Polly to Tommy

3. The one where Luca Changretta and Alfie Solomons went head to head

Luca Changretta vs Alfie Solomons. Adrien Brody vs Tom Hardy. It’s a rare thing indeed when a Shelby (usually Tommy) isn’t the best thing about an episode of Peaky Blinders, but in the penultimate episode of season four we find two heavyweights going for each other in thrilling style.

Luca is a US bootlegger and the people at home want gin. Tommy Shelby has a gin distillery, but Luca is at war with Tommy, so wants Alfie’s help to take him down. But Alfie and Tommy are pals. Or are they? It’s tense, tricky stuff. And the fact it all went down after a death-filled shootout between the Peaky Blinders and the Changretta gang made it all the more believable that treachery and betrayal might be the only way to end the war.

Key quote: “You will have to add another tonne on to your bill for being a cunt, mate” – Alfie to Luca

2. The one where death comes for everyone

Since the murder of his wife, Grace, Tommy Shelby has carried an overwhelming sense of sadness around with him. Amazingly, things get even worse for Tommy and the Shlby gang when they discover that their dad, Arthur Sr, has carked it. Arthur Sr was a no good son of a gun, but your dad is your dad, so off the boys go into the grounds of Tommy’s mansion to kill and eat a stag in his honour. Polly, meanwhile, is off to church to confess her sins after several large gins, because her guilt for killing Major Campbell is overwhelming her. While there she drunkenly lets slip that Tommy is planning to murder a “man of the cloth”, so when he goes to assassinate Father Hughes at a village fete he ends up being kidnapped and beaten so badly he suffers a fractured skull, concussion and a brain haemorrhage. All in all, a bad day in Shelby land. Peaky Blinders is most often celebrated for being an artfully over the top TV programme, but these episodes that hone in on the horror of the lives the Shelbys live are just as powerful.

1. The one where Polly kills Major Cambell

In season 1, Inspector Campbell had the air of a man who was trying to do his job and do it well, but got waylaid by the dark arts being employed by his enemies. In season 2, the Inspector is a Major and the most dastardly of bastards. Come the finale, our primal urge of wanting him dead was almost too much to bear. As with all Peaky Blinders season finales, a helluva lot happened in this episode – Grace is preggo, can you believe it; Alfie Solomons is a two-faced toerag, who knew – but Polly planting some lead into Chester Campbell while he was on the blower to Winston Churchill was the last minute winner everyone wanted.

Key quote: “Don’t fuck with the Peaky Blinders” – Polly, after murdering the Major

Peaky Blinders returns to BBC One on August 25.