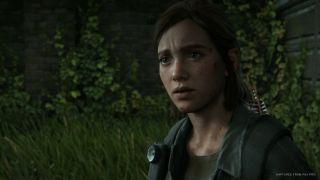 Update: Sony has pulled out of PAX East amid growing concerns over the coronavirus. See our story covering their announcement here.

The best PAX East demo this year already has a strong contender in The Last of Us 2, but don't get your plans all set just yet - Sony has plenty more games for your consideration.

A new post on the PlayStation Blog lays out every PlayStation game that will be playable at PAX East 2020 in Boston. There are always a few surprise gems that pop up at every show so it's worth keeping your schedule loose, but two games already demand your attention: The Last of Us 2, as previously revealed, and Final Fantasy 7 Remake.

We'll update this page as more big PAX East demo plans are shared. Until then, here's the full list of PlayStation PAX East demos straight from Sony. If they don't have a booth number listed next to them, that means you can find them at Sony's main booth which will span #14047 and #12047.

PAX East will begin on February 27 and run through March 1, with the show floor set to open at 10 am EST and close at 6 pm every day. That gives you 32 hours to hit all of those games, assuming you're there for the whole time. You'll have an easier time of it if you download the Experience PlayStation app ahead of time - Sony will post new appointment slots during every day of the show, so that will give you a chance to lock in a spot with your most-wanted demos.

Here are some more selections from the sprawling PAX East 2020 demo list that the convention just shared on its own official site:

Find even more to get excited about in our guide to the best upcoming games of 2020 and beyond.